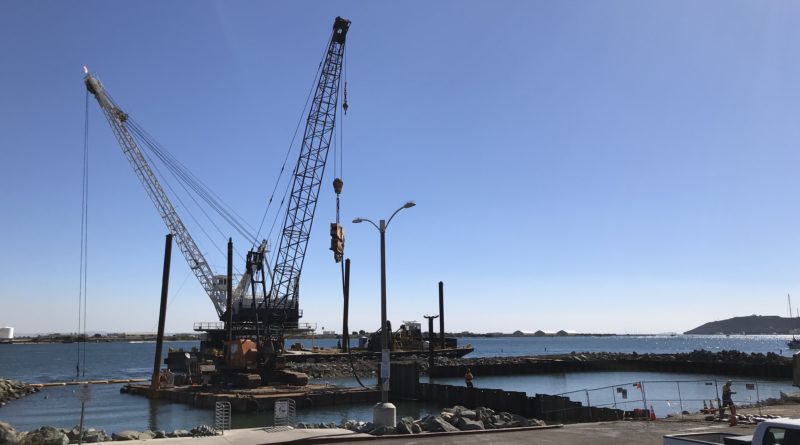 The modernization of Shelter Island Boat Launch Ramp began in July; the port district brought in a barge in late October to continue the dismantling of old infrastructure.

Workers have already removed quite a few rocks from the riprap, which were reportedly shipped out of state.