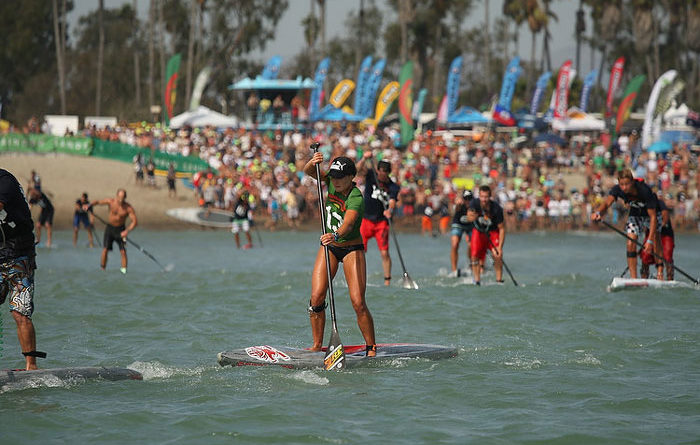 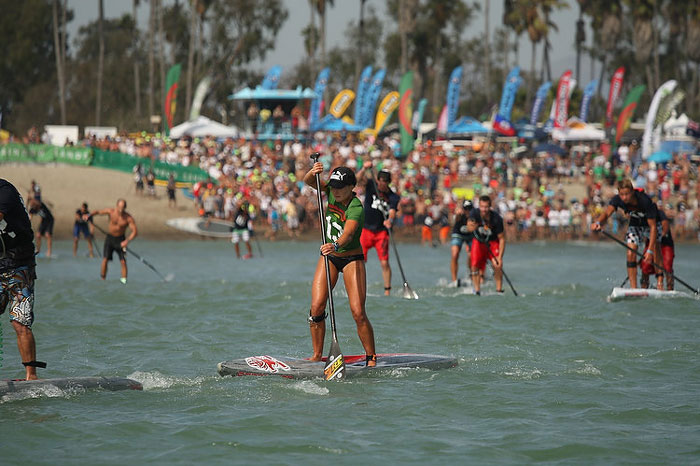 DANA POINT — For nearly 363 days of the year, stand-up paddleboarding (SUP) is prohibited throughout Doheny Beach, except for a designated area south of the Hammer, along San Juan Creek (unless an on-duty lifeguard lifts the ban due to the number of board surfers in the northern waters). But for two days out of the year, SUP-ers are welcome around the shores of the main beach, which is the stomping ground for the annual Battle of the Paddle.

On Sept. 28 and 29, spectators can witness high-energy races between paddleboarders as they push across the water to vie for more than $25,000 in cash and prizes — the largest pot offered in the sport of SUP. When they aren’t at each other’s throats, racers will be working alongside each other in an attempt to set two new Guinness World Records.

While Saturday will feature an all-comers race of a moderately challenging 4-mile paddle, Sunday will offer a distance race course of 9.5 miles off the scenic coast from Doheny State Beach to San Clemente Pier, and back. To enter the distance race, boarders must have a personal floatation device and ample water supply. Additionally, for the first time, the distance race will offer a multiperson craft class.

To compete, register at battleofthepaddle.com, at Hobie Surf Shop or at Doheny Beach at on the day of the event.