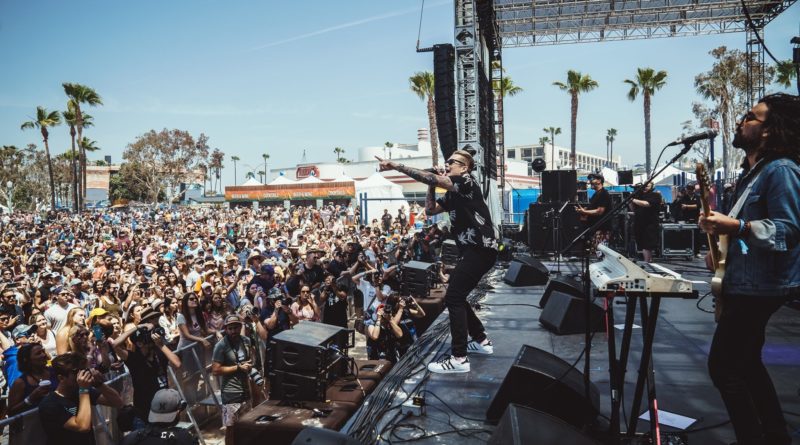 The music festival returns for a second year in May, despite a lawsuit from CenterCal (the development company pushed out of redeveloping the area).

REDONDO BEACH—BeachLife Festival has announced a line up for the second rendition of the event on the Redondo Beach waterfront.

Founded by local entrepreneur Allen Sanford and business partner Rob Lissner, BeachLife debuted in May 2019 with 40 musical acts over three days. According to a report from Los Angeles-based consulting firm Beacon Economics, the three-day festival drew a total of 27,500 attendees.

“I bought my three day tickets as soon as they went on sale,” Harbor Commissioner Jim Light said in an email. “Really loved it last year.”

The festival will again take place on an 8.6-acre plot of seaside land encompassing Seaside Lagoon and surrounding areas. After last year’s festival, organizers solicited feedback from the community on improvements to make in 2020. The Harbor Commission at their Jan. 13 meeting got a brief about some of those improvements, among them fixing a queuing problem that manifested along Harbor Drive.

“It sounds like they are not doing anything water side other than accommodating moorings for some attendees,” Light said in his email. “Last year there was some concern about boaters being able to use the harbor, but that really turned out to be a non issue.”

According to the Beacon Economics report, the festival resulted in an economic output of $6.6 million in the South Bay – including everything from food expenditures to hotel stays – with nearly $5.6 million coming from the city of Redondo Beach.

“My discussions with harbor users have been very positive as well,” Light said. “The first one was beachy, family-oriented, and laid back which reflects Redondo well and probably why the community is embracing this second year.”

The city is being sued over the festival by Redondo Beach Waterfront LLC, a subsidiary of CenterCal Development and Westport Capital, the company slated to redevelop the waterfront before voters halted the plan in 2017. The lawsuit over the festival was filed last year. The city granted the license for the festival and the suit argues the city’s agreement with BeachLife promoters Sanford Ventures violates the Agreement for Lease of Property and Infrastructure Financing, which was approved in early 2017.

More information including tickets and the full line up can be found at beachlifefestival.com/.

Organizers of the event did not respond to The Log’s request for comment by the time this paper went to press.