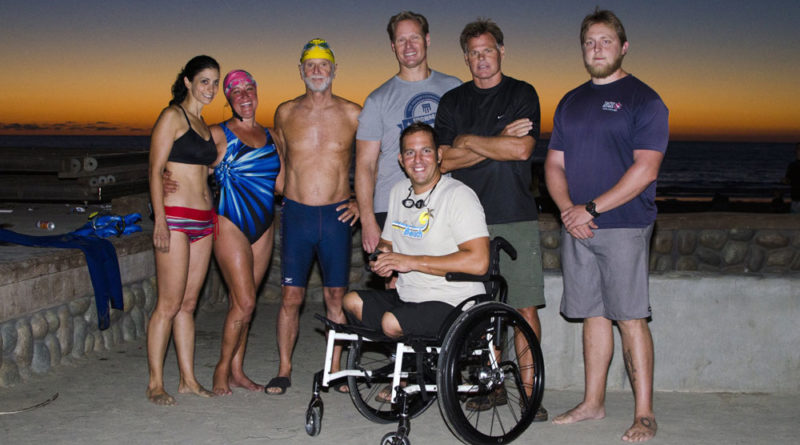 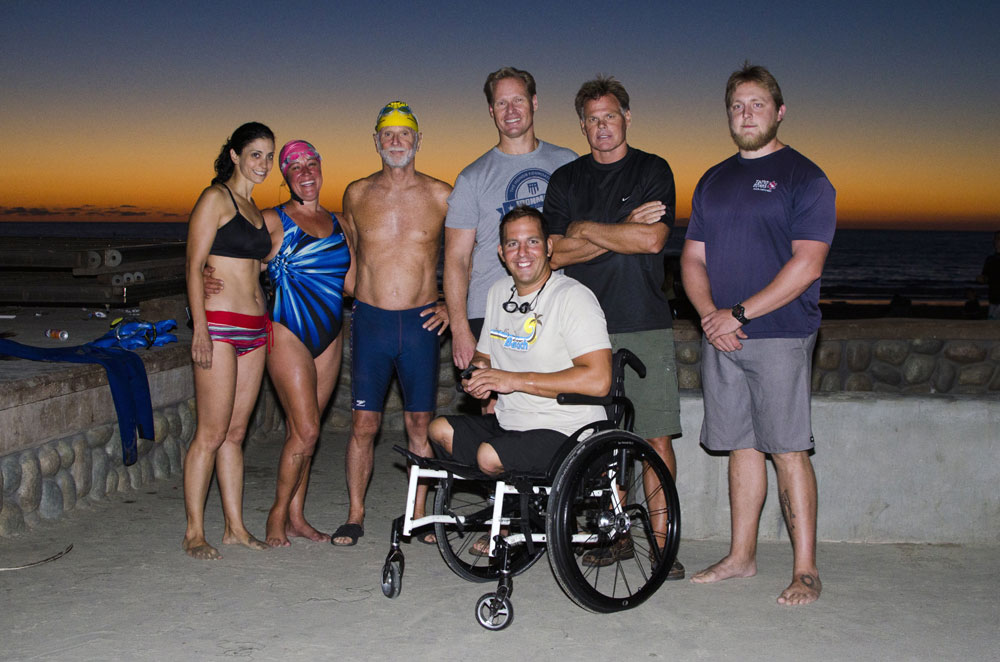 SAN DIEGO –Plans to swim from Catalina Island to La Jolla were interrupted, Saturday Aug. 23, when the group of Beyond Avalon swimmers encountered several sharks during the swim that began on Friday, Aug. 22.

William Miller along with Lee Grove, Mark Zambon, a disabled Marine Corps. veteran and five others intended to swim 75 miles, leaving the shores of Catalina Island for La Jolla Cove in an effort to raise money for a local San Diego organization.

Miller and Grove had been planning the swim since last year when they began to search for another athletic challenge. They recruited swimmers from Mission Valley YMCA Masters Swimming Program and decided the swim would raise money for the charity, Warrior Foundation.

The San-Diego based charity is a non-profit, all volunteer organization that assists wounded veterans in their transition back to civilian life. Committed to supporting warriors in a variety of ways, the foundation provides quality-of-life items and support services to veterans and their families during recovery.

After spotting at least eight stops during the swim, the group got safety aboard the relay’s support boat when they reached Camp Pendleton. A kayak was also in the water for support.

“There are always safety concerns in the ocean so we try to that seriously,” Miller said during an earlier interview with The Log. “ We are taking precautions and will have a two-way radio between kayakers and observers on the boat.”

Team members were training weekly both during the day and the evening hours to prepare for the relay.

Miller believes there will be a 2015 attempt to do the swim again.

For more information, to volunteer or to contribute to the Catalina to La Jolla swim, visit beyondavalon.org