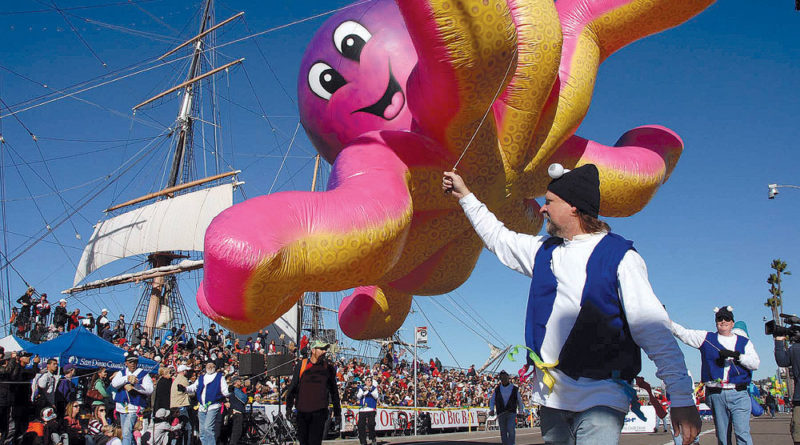 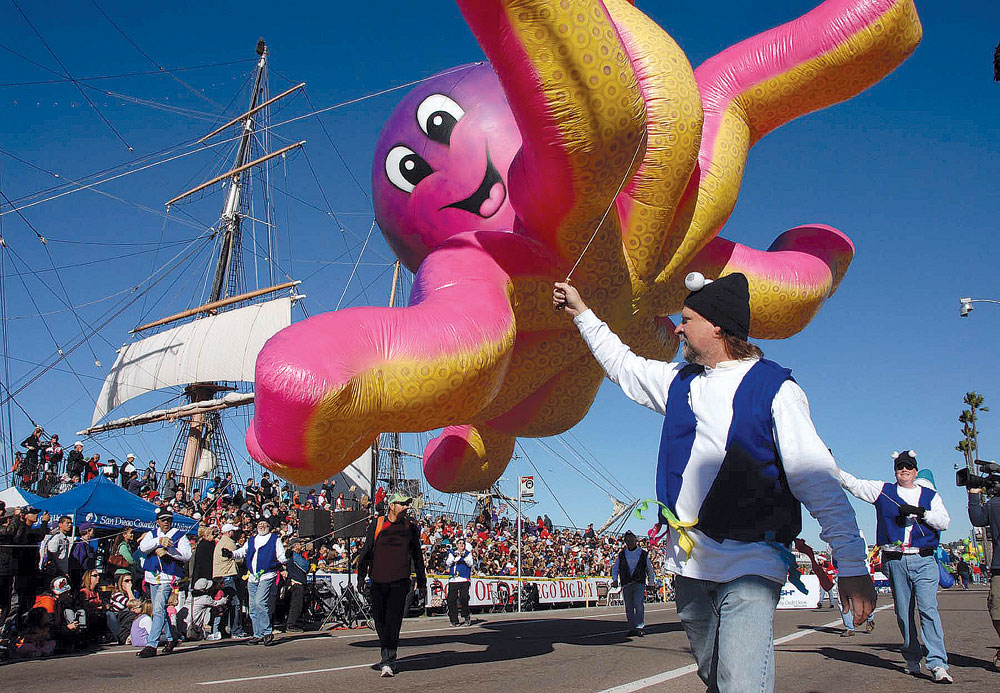 The bayside streets of downtown will come alive with the balloon procession that brings families, marching bands, frill teams and floats together for a day of celebration. More than 100,000 spectators are expected to enjoy the parade along with a nationwide television audience.

Shoreside spectators can obtain a seat in the grandstand near the Maritime Museum of San Diego. Grandstand tickets are $20. There is a $2 processing fee for each purchase.

The parade is being held in conjunction with the 19th annual Bumble Bee Foods 5K Run and the Wienerschnitzel Wiener National Finals.

The balloon parade is presented by the San Diego County Credit Union and is a National University Holiday Bowl Production. For tickets and more information, visit holidaybowl.com.