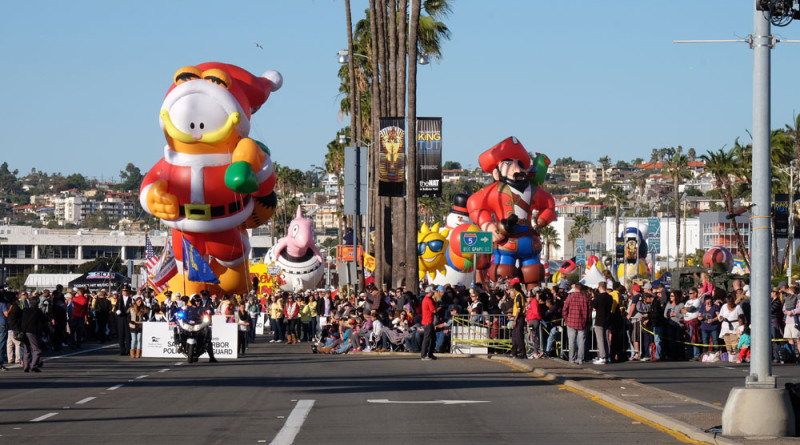 The bayside streets of downtown will come alive with the balloon procession bringing families, marching bands, drill teams and floats together for a day of celebration. More than 100,000 spectators are expected to enjoy the parade along with a nationwide television audience.

World-class marching bands, floats, drill teams and enormous balloons will parade down the streets of San Diego. The day kicks off with the Wienerschnitzel Wiener Nationals at 9:30 a.m., followed by the Bumble Bee Seafoods 5k at 9:45 a.m. The Holiday Bowl Parade is scheduled for 10 a.m.

Shoreside spectators can obtain a seat in the grandstand near the Maritime Museum of San Diego. Grandstand tickets are $20. There is a $2 processing fee for each purchase.