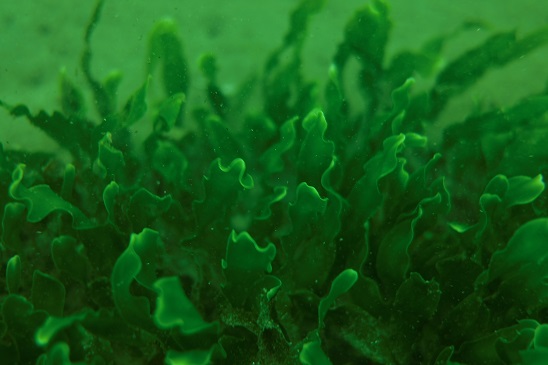 What Happened: The California Department of Fish and Wildlife reported an invasive species of algae in Newport Bay on April 22.

The species, Caulerpa prolifera, was found by a diver at the Entrance Channel area. The diver was a videographer for OC Parks and initially caught the algae on camera in October, but was not alarmed until he returned in March and the algae was later identified by the California Department of Food and Agriculture.

On May 12, the Newport Harbor Commission met and heard from Chris Miller, Newport Beach public works manager and member of the Southern California Caulerpa Action Team, about a plan to eradicate the algae from the harbor.

Miller and his team came up with a plan to vacuum and then dredge the field where the Caulerpa was discovered. The plan was to vacuum the area to catch floating biomass and then dredge three to four inches of sediment into large mesh bags that would allow the water to drain out before removing the bags to a landfill.

At the time of the last meeting the area was cordoned off to create a swim line and there was a physical boundary put up to warn the public along with yellow signs on the beach to let the public know what was happening.

Leaf Caulerpa, in layman’s terms, is native to Florida and other subtropical areas, it can grow to 6 feet in length and produces through fragmentation. While the species is not harmful to humans, the CDFW is concerned that algae could overrun local environments by choking out native seaweeds and causing a potential loss in habitat for local marine animals.

What’s on Tap: On July 7, Newport Beach Harbor began a coordinated effort to remove the Leaf Caulerpa, the endeavor was set to last four to five days.

Divers extracted the invasive plant using vacuum pumps, the material was pumped onshore into containers where the algae and other solids were separated from the harbor water.

After the removal is completed, divers will conduct surveys to confirm the algae was removed and to ensure it does not repopulate the area.

The surveys will be conducted inside Newport Bay and the surrounding areas to check for invasion elsewhere.

The removal and initial diver surveys are being funded by the State Water Resources Control Board, and the U.S. Fish and Wildlife Service and National Marine Fisheries Service will provide funding to support follow-up surveys.

The public can report sightings of the algae at the CDFW website at https://wildlife.ca.gov/Conservation/Invasives/Species/Caulerpa.