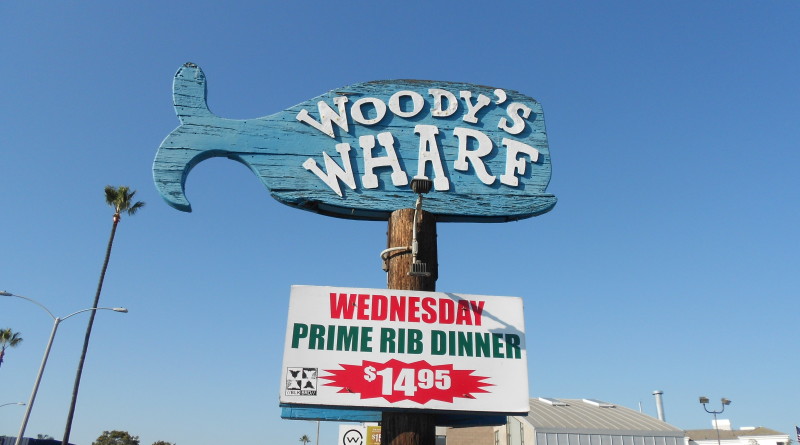 What Happened: Woody’s Wharf will open earlier and close later courtesy of a settlement agreement narrowly adopted by the Newport Beach City Council on Oct. 13

The restaurant located on Newport Boulevard at Balboa Peninsula sought to extend its hours and allow its customers to dance into the early morning hours. Council members voted in closed session to award Woody’s Wharf’s owner a $355,000 settlement and approved changes to a use permit.

Newport Beach and Woody’s Wharf were engaged in a legal battle after the city attempted to restrict the restaurant’s hours and on-site activities. The restaurant was initially permitted to allow dancing and remain open later. The permit was later reversed after a then-councilman filed an appeal challenging the later hours and dancing allowance. A Court of Appeals upheld the original permit earlier this year, allowing Woody’s Wharf to move forward with its request to allow dancing and stay open longer.

The final vote was 4-3 in favor of the settlement; Mayor Pro Tem Diane Dixon and council members Keith Curry and Tony Petros voted against the settlement.

What’s On Tap: The restaurant will open at 9:30 a.m. (as opposed to 10 a.m. prior to the settlement) and allow dancing inside the venue on Thursdays and 12 other days. The outdoor patio area will remain open until 2 a.m. (as opposed to 11 p.m.) on Thursdays and other select evenings. Customers will also be allowed to eat, drink or smoke in an area adjacent to a boat ramp until 8 p.m.

What Happened: A county contractor accused of misappropriating funds while operating a business at Dana Point Harbor continues to have his calendar filled with court appearances.

Brian Cleveland Dunn’s criminal case was on the Oct. 15 docket for a “Pre-Trial Warrant Hold” hearing.

Dunn was originally scheduled for a jury trial at Orange County Superior Court in Santa Ana on Sept. 22. The trial was pushed to Oct. 27, according to court records. Dunn then appeared at the Santa Ana courthouse on Oct. 6 and 15. Updated court records show Dunn is now scheduled for a pre-trial hearing on Oct. 29.

What Happened: A redevelopment project associated with planned upgrades to the Los Angeles Waterfront in San Pedro received a large financial commitment from the Port of Los Angeles this month.

The Los Angeles Board of Harbor Commissioners approved a design contract for the future Wilmington Waterfront Promenade, it was announced Oct. 13. Sasaki Associates will conduct engineering, architectural and landscaping design services. The waterfront redevelopment project is expected to cost $52.7 million; about $3.2 million will be allocated to the design contract.

Los Angeles officials and leaders hope to redevelop the waterfront areas of San Pedro and Wilmington in an effort to draw more visitors to the harbor area. Some of the redevelopment will impact recreational boating marinas dotting the large commercial harbor.

What’s On Tap: The design contract is the first step to a plan to build a 1,300-foot promenade near Banning’s Landing Community Center in Wilmington. Once built the promenade would, according to harbor officials, offer pedestrian access to the waterfront, landscaping, public seating and bicycle racks.

In all there are six projects associated with the L.A. Waterfront redevelopment, including three in Wilmington and three in San Pedro.

The 14 boats will be used as part of a collaborative venture between the city and Regents of UC Irvine to manage a year-round boating program at Marina Park.

Each RS Quest boat was purchased at a base unit price of $6,750; the base unit price for the RS Venture boat is $19,250. The Quest will be used to teach sailing skills of varying levels. More advanced sailors would use the Venture boats. City Council approved $161,213.80 to be spent on the 14 boats.

The dinghies are 14 feet long while the two keelboats are 16 feet and 4 inches each.

What’s On Tap: Marina Park is scheduled to open in December. The 14 boats would be based used by West Coast Sailing for the Marina Park Boating Program.