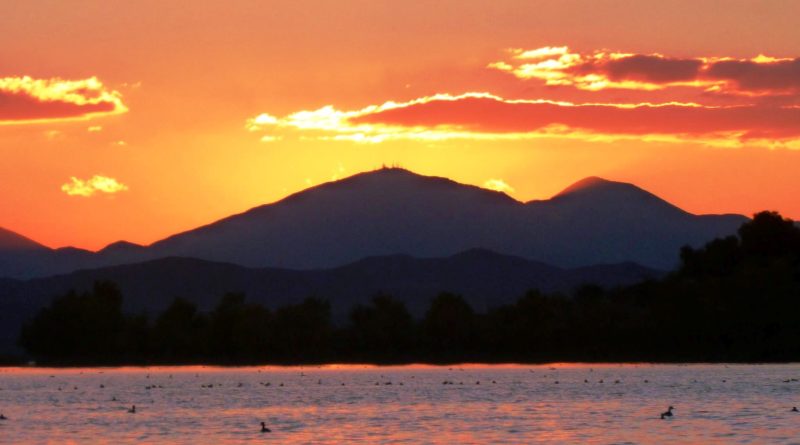 Authorities at Lake Perris open Moreno Beach to the public, while Lake Skinner is next up in dealing with cyanobacteria in water.

LAKE PERRIS—A danger advisory at Lake Perris’s Moreno Beach has been removed, according to the Department of Water Resources (DWR). Swimming is now allowed at the beach, but DWR staff advised recreational visitors of the Riverside County waterway to avoid direct contact with blue-green algae.

Lake Perris was hit with an algal bloom event on May 17. The lake’s users were told not to swim, bathe, fish or participate in any other sporting activity on or in the water (other than boating).

The “danger” advisory was reduced to “caution” on June 5, according to DWR staff.

“DWR lowered the advisory level at Moreno Beach to caution after detecting a reduced amount of microcystins for a second consecutive week. All beaches at Lake Perris are open with a lakewide caution advisory,” DWR staff said in a released statement. “Advisories are based on the potential health risks from algae. Exposure to toxic blue-green algae, also known as cyanobacteria, can cause eye irritation, allergic skin rash, mouth ulcers, vomiting, diarrhea, and cold- and flu-like symptoms.

“Pets can be especially susceptible because they tend to drink while in the water and lick their fur afterwards,” the DWR staff statement continued.

Bloom conditions are volatile and change on a moment’s notice. Wind and wave conditions can shift the bloom to new areas, or cause the bloom to collect at different regions.

“The algal bloom can accumulate into mats, scum, or form foam at the surface and along the shoreline, and range in color from blue, green, white, or brown,” DWR staff stated.

A June 4 email from the Metropolitan Water District (MWD) of Southern California to The Log confirmed a cyanobacteria bloom (blue-green algae) was detected at Lake Skinner, which is east of Murrieta and Temecula.

The blue-green algae were producing cyanotoxins, according to MWD. Plans were in place to treat the water with copper sulfate on June 6. Warning signs were posted around the lake during the blue-green algal bloom. Lake Skinner visitors were advised to avoid drinking the water. (Swimming is not permitted at Lake Skinner.)

What Not To Do

The state of California provides specific guidelines of what precautions to take when dealing with cyanobacteria and harmful algal blooms.

Water purification techniques such as boiling, camping filters and tablets do not remove toxins, according DWR officials.

Anyone who believes they might have consumed blue-green algae toxins should immediately seek medical treatment and contact the county public health department.