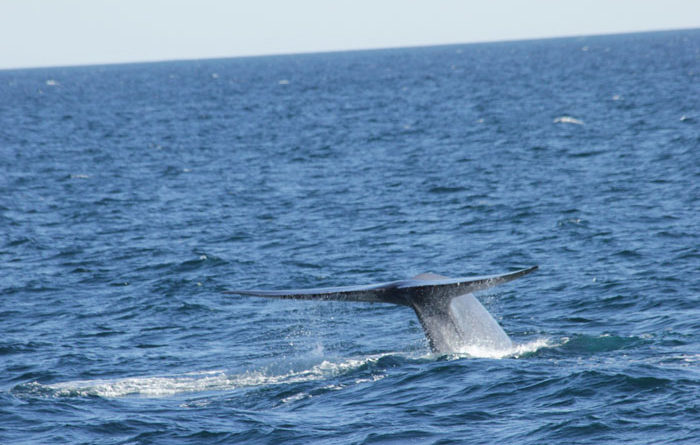 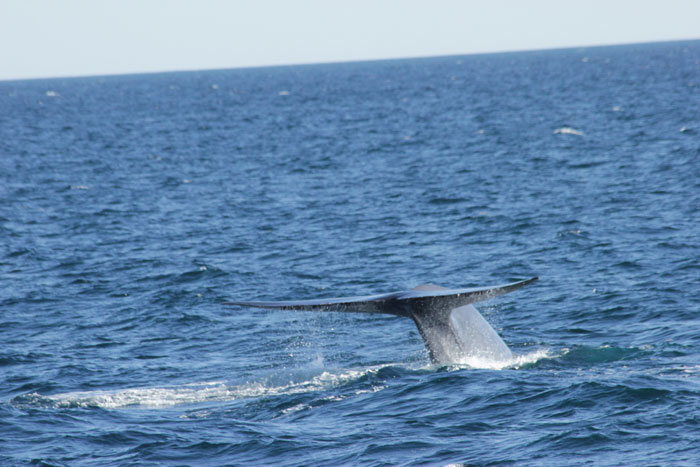 When Capt. Corey Hall spotted plumes a few miles outside the harbor, he figured they belonged to fin whales, which are common this time of year. Capt. Hall was just as shocked as guests aboard the Dana Wharf Sportfishing and Whale Watching vessel Dana Pride to discover they were from blue whales.

“This is the first time I can recall seeing blue whales this time of year,” Capt. Hall said. “It was awesome.”

The two blue whales were located approximately 6 miles from Dana Point on Feb. 24. Blue whales are believed to be the largest mammal on earth. They weigh more than 100 tons, and the longest whales on record measured 108 feet in length.

It is uncommon to see these marine mammals during winter, as they tend to stay in the tropics before heading to Southern California in April or May. An abundance of krill and prevailing water temperatures may make for ideal weather conditions for the whales, said Capt. Hall, who has been leading whale watching tours for 21 years.

Humpback and fin whales are typically seen off local waters during the gray whale migration period, which ends in April.  Capt. Hall has not spotted any more blue whales since February but he holds out hope that they may reappear.

“The water is still chilly and there’s still a lot of food here for them,” he said.

Passengers aboard Hornblower cruises in San Diego also witnessed an unusual sighting on Feb. 18. There, thousands of dolphins were seen swimming in a mega-pod for more than an hour.