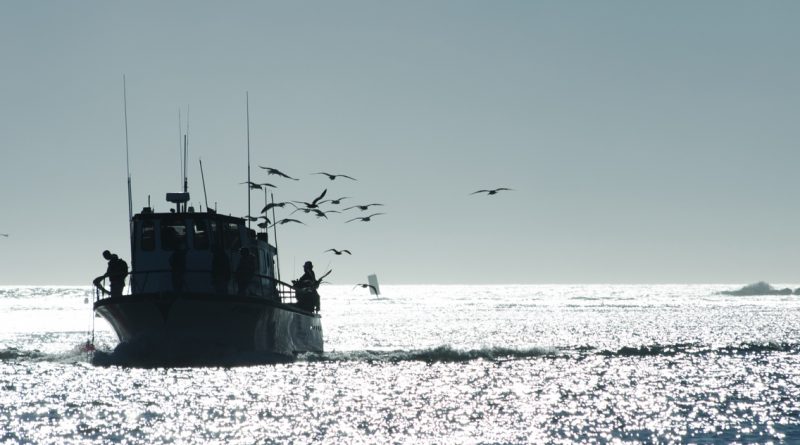 The big news for Southern California saltwater anglers has been catches of bluefin tuna that are being made by boats fishing 1.5-day trips to the offshore waters below and outside of Ensenada. A recent trip on Polaris Supreme out of Seaforth Sportfishing produced a catch of 46 bluefin tuna with 23 anglers on a 1.5-day trip. Seaforth Sportfishing reported that the bluefin on that trip ranged in size maxing out at 115-pounds. Polaris Supreme is out on the bluefin grounds again this morning as I am preparing this report and Seaforth Sportfishing has an 8:30 a.m. update of them having caught 11 bluefin tuna that are in the 80 to 160-pound class. They were still fishing and had other hookups going at the time of that report.

The good news on bluefin tuna fishing continues as H&M Landing has received an early update report from Old Glory that is out on a 1.5-day trip and has an early catch report of 20 bluefin tuna aboard ranging in size from 60 to 130-pounds. Most of the bluefin aboard Old Glory is reported to be up over the 100-pound mark and they were also still working with lots of fishing time remaining in the day.

Look for meter marks, sonar marks, working birds, and spots of breaking fish to locate bluefin. Bluefin has been biting best on sardines and Flat Fall jigs with some action being reported on the Flat Fall jigs from meter marks and sonar marks that are found at night. Other things you might want to try are Colt Snipers, poppers, iron, mackerel, and flying fish. The best bluefin bite area is located in the region of the 450 Spot that is located below and outside of Ensenada for boats fishing between 67 and 72 miles 166 to 167 degrees from Point Loma.

The fishing around Los Coronado Islands has been providing a mix of reds, rockfish, lingcod, and yellowtail. In recent days, there has also been a recent increase in calico bass and short-sized barracuda activity. The yellowtail activity tends to be hit or miss but there have been some good catches of yellowtail made on the better days of fishing. One of the better recent sport boat yellowtail catches was posted by San Diego out of Seaforth Sportfishing that had a full day trip with 34 anglers catch 45 yellowtail.

Captain Mark Martin of San Diego Saltwater Fishing Charters was out fishing a recent trip to Los Coronado Islands and reported finding an early morning yellowtail bite at the Flats area inside of the stretch between the Middle Grounds and South Island. Martin reported finding spots of working birds in the area and yellowtail were popping up under the diving birds. He reported catching two yellowtail on surface iron out of three hookups before the bite died out. The yellowtail were 15-pound fish and the water where they found the yellowtail activity was 59 degrees and off-color.

Martin said that once the yellowtail activity quieted down that they spent the rest of the day catching an assortment of rockfish. Martin likes the signs of surface fishing he has been seeing around Los Coronado Islands lately and says that things have been “coming to life” over the past 10 days.

The best area for yellowtail has been the Flats in an area ranging from inside of South Island over to where you are fishing the Flats inside of the Middle Grounds. There has also been yellowtail activity found along the weather side of North Island and at the Middle Grounds. Yellowtail are being located by finding sonar marks, meter marks, spots of fish under working birds, trolling strikes on deep diving Rapalas, fly lined sardines, slow trolled sardines and sardines fished on a dropper loop rig.

The bottom fishing around Los Coronado Islands has been good and some of the best areas continue to be at the hard bottom to the northwest and north of North Island in 30 to 50-fathoms. Also, try the hard bottom to the northeast and the east of North Island in 20 to 30-fathoms and along the outside dropoff of the South Kelp Ridge in 25 to 50-fathoms.

The fishing along the San Diego County coast has been good for a mix of rockfish, reds, whitefish, sculpin, sand bass, calico bass, and an occasional bonus lingcod, yellowtail, or halibut.

The yellowtail fishing off the upper end of La Jolla has seen a bit of improvement in recent days and private boaters have been scratching out a few yellowtail during the early morning and the late afternoon hours. Surface iron that is cast to spots of breaking fish found under working birds has been the best bet for trying to catch yellowtail off La Jolla. Most of the yellowtail caught along the coast have been 15 to 20-pound fish.

Productive hard bottom and structure areas for the reds, rockfish, whitefish, and lingcod are the Imperial Beach Pipeline, the International Reef, the Whistler Buoy and the Dropoff outside of Point Loma, the Point Loma Pipeline, the Green Tank at Point Loma, “The 270” out to the west of Mission Bay, the upper end of La Jolla, the ridge outside of Del Mar and at hard bottom areas off South Carlsbad, Leucadia and Box Canyon.

The halibut fishing remains scratchy but there has been some warming of the water along the coast with some areas now seeing temperatures in the 61 to 64-degree range. Anglers are hoping that this warming water might be what it takes to spark a halibut bite. Places, where occasional halibut have been reported to be biting in recent weeks, have been San Diego Bay, outside of the Imperial Beach Pier, the Yukon Shipwreck off Mission Beach, the sunken NEL Tower off Mission Beach, outside of South Ponto Beach, the Buccaneer Pipeline and the artificial reefs off Oceanside.

Captain Joe Cacciola of Sea Star with Sea Star Sportfishing and the Oceanside Sea Center reports that the Southern Cal has undergone a lot of renovations and that it is now online for daily half-day trips. He said the boat has been fishing well and that people are enjoying fishing on the renovated boat.

Cacciola says most of the Oceanside Sea Center boats continue to focus on rockfish fishing and he says they have had to work hard for what they have been catching. He says there spots that produce just a few fish and that if you keep trying you eventually locate a few spots that produce some good flurries of action on reds and/or rockfish.

The water on the kelp beds in the Oceanside region is slowly warming and is now up to the 62 to 63-degree range. The water at a lot of the kelp bed areas remains off-color though and there has not been much surface fishing happening as at the local kelp beds as of yet.

The spring surface fishing continues to improve and with the continued warming of the water, things should keep getting better and better as we continue to approach the summer season. Keep on fishing and I hope to see you out on the water sometime soon!