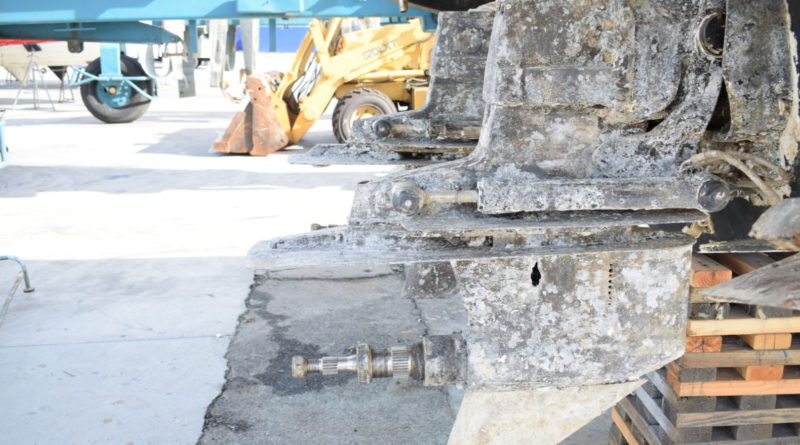 What is galvanic corrosion and what preventative maintenance can be done to avoid major problems?

SOUTHERN CALIFORNIA—On the outside, the paint below the water line starts to blister and a white powdery substance forms on the metal parts. These outward signs are indications the metal parts are actually getting eaten away by corrosion. Marine corrosion is a fact of boating life, but some basic knowledge and maintenance can prevent some of the worst and most expensive repairs.

“Corrosion happens, you need to be aware of it and need to monitor it and be prepared for it,” said Mark Corke, who is a marine surveyor and BoatUS Magazine Associate Editor.

In its simplest definition, corrosion is a gradual destruction of materials by chemical and/or electrochemical reaction with their environment. Although several types of corrosion can affect boats, according to BoatUS, metal boat parts underwater are susceptible to two basic types: stray current and galvanic. Both can harm the boat, propeller and motor if not correctly monitored and avoided.

Stray current corrosion occurs when metal with an electrical current flowing into it is immersed in water that is grounded, such as an ocean. An example would be a boat sitting between a vessel leaking DC current and the best ground for that current. Stray current corrosion can cause rapid deterioration in just a few hours to a few days.

Brian Gordon, West Marine Content Editor, said a galvanic isolator can be installed to prevent stray current corrosion. According to BoatUS, the device functions as a filter, blocking the flow of destructive low voltage galvanic (DC) currents but still maintaining the integrity of the safety grounding circuit.

The second type of corrosion, galvanic, is an electrochemical reaction between two or more dissimilar metals. It can happen whenever two or more metals with different levels of electrical activity are connected – either by actually touching or through a wire or metal part – and are immersed in a conductive solution, such as saltwater. An example being a bronze propeller and a stainless steel prop shaft.

The least noble metal will corrode first. In the above example, the bronze propeller would begin to dissolve, leaving the stainless steel prop intact. More noble metals have less chemical reactivity, making them more resistant to corrosion.

“The ones that are most noble will survive but at the expense of the others,” Corke said.

“Anything is going to corrode, what you’re trying to do is protect that by using things like anodes,” Corke said.

Gordon said replacing an outdrive damaged by corrosion will cost thousands of dollars whereas a kit of outdrive anodes cost between $25 and $70 at West Marine.

“I’ve seen the damage,” Gordon said. “I’ve seen more than one outdrive that has been completely destroyed by corrosion.”

Gordon is also a former hull diver and said monitoring anodes should be part of the regular hull cleaning.

Marina del Rey Boatyard owner Greg Schem said those who ignore regular maintenance often end up at his boat repair shop, some needing thousands of dollars in repairs. A recent worst case scenario boat that was brought to the Boatyard had no sacrificial anodes and a stern drive completely eaten up by corrosion.

“When it gets to this stage not only is this owner looking at tens of thousands of dollars in damages but potentially damages to the environment by leaking oil,” Schem said. “So it’s really important to stay on top of this kind of maintenance.”

Gordon said when 50 percent of the anode is eaten away it should be replaced, which can be done by a diver. He said the frequency of hull cleanings is dependent on the environment the boat is in, but should typically be done every month or so.

Corke said the best thing boaters can do to prevent galvanic corrosion is be aware, stay abreast of routine maintenance and make sure anodes are properly connected.

“Provided the right precautions, the boat is well-built and well-maintained, there is going to be less of a problem,” Corke said.

When it comes to purchasing anodes, the material of choice should be based on the kind of water the boat is kept and used in. Zinc or aluminum is recommended for saltwater, aluminum for brackish water and magnesium for freshwater. Aluminum has become more popular for saltwater since EPA reports have suggested the metal is more environmentally-friendly than zinc.

Gordon said parts that might need anodes but often get overlooked are the inboard engines, trim tabs, keel coolers, rudders, and marine water heaters, particularly those with tanks made out of aluminum.

One thought on “Boat care to prevent marine corrosion”