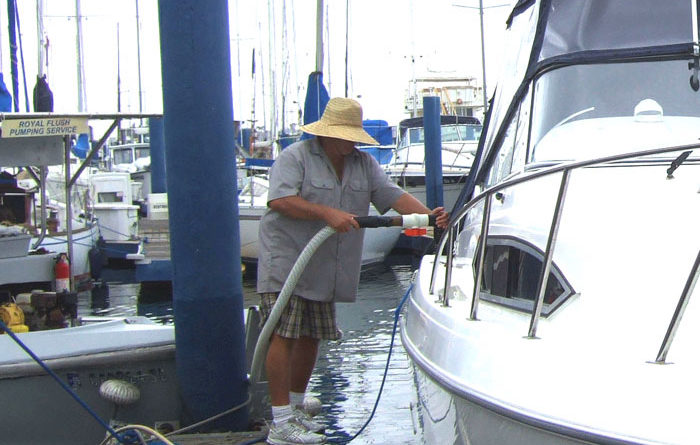 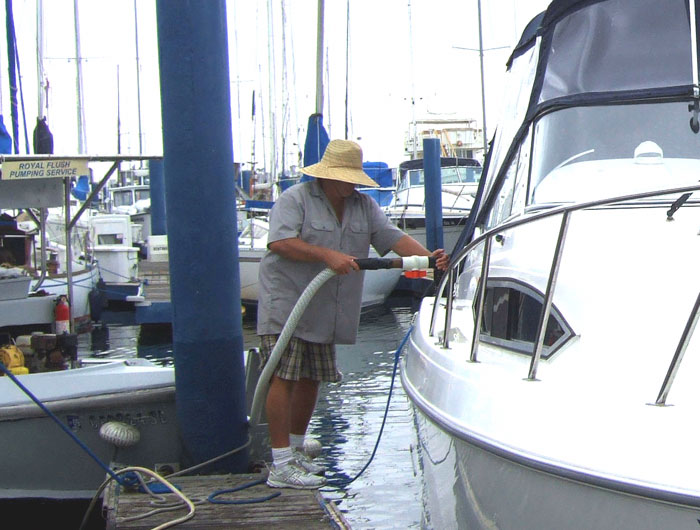 “The goal of this SMBRC program is to encourage boaters to properly dispose of their waste,” said Grace Lee, Boater Education Program manager for SMBRC. “But also, (its second goal is) to get a marina or yacht club to adopt a marina-wide mobile pumpout program as a permanent environmental amenity for their boaters and, thus, start a culture where this happens all over Southern California.”

The program is an extension of Honey Pot Day, a promotion during which boaters can take advantage of a one-time free mobile sewage pumpout service. In four years of Honey Pot Day promotions, participation has grown each year. To date, more than 700 boaters have participated and more than 14,000 gallons of sewage have been properly disposed of.

“This type of sewage management, as an alternative to using stationary pumpouts, is very popular all over the country,” Lee said. “We just need to promote this trend locally.”

SMBRC extended the offer of a three-month promotion to marinas and yacht clubs in Marina del Rey. Two yacht clubs applied for the pumpout service, which is being funded by the California Department of Boating and Waterways (Cal Boating) Clean Vessel Education Program.

Del Rey YC was selected based on the club’s level of commitment to the idea, its willingness to partner with SMBRC to spread the word about pumpouts and water quality, and its interest in continuing the marina-wide mobile pumpout program after the three-month trial ends.

The SMBRC Boater Program organizers expect it will demonstrate to Del Rey YC — as well as other local yacht clubs and marinas — the benefits of providing this amenity to boaters on a regular basis.

Boaters at Del Rey YC will get an unlimited number of pumpouts from April through June.

For more information about the program, contact Victoria Ippolito at vippolito@waterboards.ca.gov.