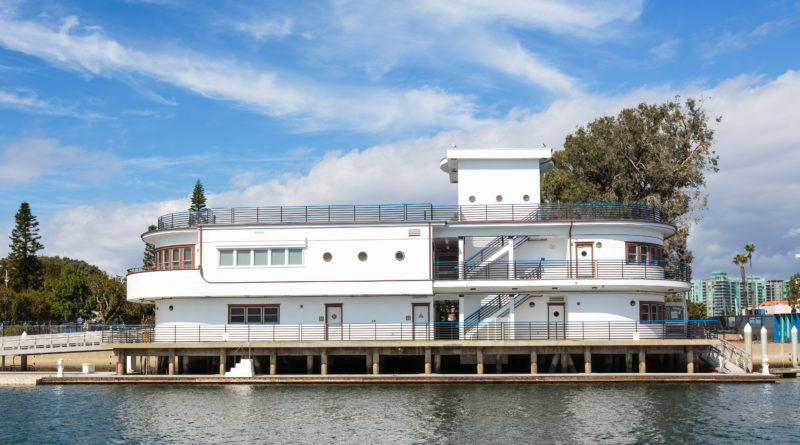 The recently redeveloped Boathouse recreational facility in Marina del Rey can now be rented out for meetings and events.

The recently redeveloped Boathouse can now be rented for meetings, conferences, social events, retreats and weddings. It opened to the public on Aug. 1, after the Board of Supervisors passed a fee package establishing rental rates at its July 23 meeting. Public Information Officer for the Los Angeles County Department of Beaches and Harbors, Nicole Mooradian, said the Boathouse features two classrooms, a conference room and an ocean-view rooftop deck, which can all be rented out by the public.

The Boathouse also has office space for the department’s educational program – Water Awareness, Training, Education, and Recreation, or W.A.T.E.R. The program educates and trains children in equipment, kayak and sailing safety. It is also the new home of the Boating Section office.

The county spent $6.96 million on redevelopment of the site. Construction initially started in 2012, in part to make the building compliant with Americans with Disabilities Act standards. Mooradian said those plans were scrapped in 2013 due to the discovery of the need for more structural refurbishment and the need for more office space. Construction for the second project started in 2016 and wrapped up in 2018. Mooradian said the latest round of construction focused on structural refurbishment, including the remediation of severe termite damage, reconfiguring the rooftop deck, ADA compliance updates including an elevator, landscaping and parking lot renovations.

The Los Angeles County Board of Supervisors on Aug. 6 approved an agenda item authorizing the director of the Department of Beaches and Harbors to award and execute an as-needed event services master agreement with qualifying contractors, to provide catering and party equipment rental services for patrons utilizing event spaces. The agreement will have an initial term of one-year, with a one-year extension option if the director believes the contractor has effectively performed the services during the initial contract period and the services are still required.

The agreement will allow renters using meeting and event spaces with a pool of qualified vendors for their events. Selected contractors will be required to pay the county 15 percent of the estimated total gross receipts of an event.

According to the DBH, the goal of the agreement is to ensure greater ease of operation in providing a variety of events at the Boathouse and help safeguard the facility against avoidable damage.

Vendors must demonstrate a minimum of three years of continuous experience in the development, management and operation of a catering and/or party equipment rental service business. Catering vendors are required to be able to provide at least two different kinds of cuisines and menu selections at one or more price points.

The Boathouse is located at 13640 Mindanao Way. Before the venue was dubbed the “Boathouse” it was the Pardee Sea Scout Base. According to county documents, the Boy Scouts of America held a 30-year lease on the base until DBH took possession of the property and venue in September 2002. Officials shut down the Boathouse in January 2004 but allowed the Sea Scouts to continue using the venue’s docks through 2008.