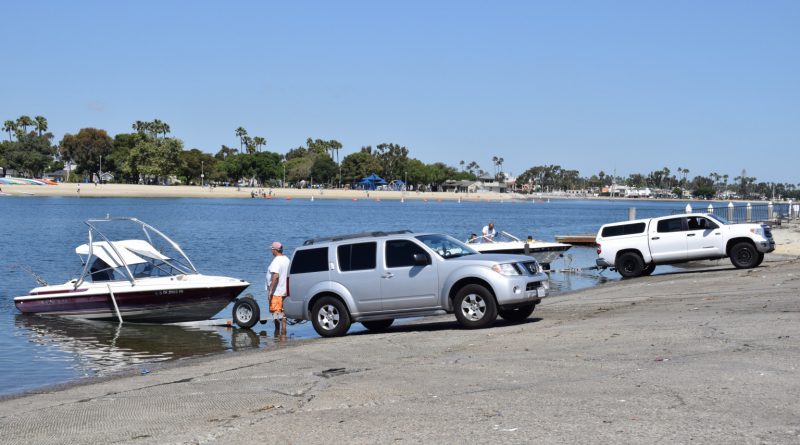 The Long Beach Department of Public Works was granted a Coastal Development Permit to replace the boat launch ramp and make several other improvements to the site.

LONG BEACH— A project to update the Davies Launch Ramp, which provides access to Alamitos Bay in Long Beach, now has a Coastal Development Permit. The California Coastal Commission approved the redevelopment project with eight conditions at its May 13 meeting.

The installation of larger dock support piles will result in the fill or removal of a total of 25.9 square feet of soft-bottom habitat from the marine ecosystem and the relocation of the public dock will shade approximately 121.5 square feet of existing eelgrass habitat but also make approximately 3,600 square feet of shallower marine and intertidal habitat available for eelgrass growth. As part of the conditions of the permit, the city will be required to submit an Eelgrass Mitigation Plan for transplanting and replacement of eelgrass and soft-bottom habitat adversely impacted by the project.

A portion of the project site, including some of the parking area, entrance area, and inland landscaped areas are located within the city’s permit jurisdiction, the city has already issued a local coastal development permit for the development. Areas developed with launch ramp, rip rap revetement, dock system, restroom, parking, and other related facilities are located within the Commission’s retained permit jurisdiction on public Tidelands and needed Coastal Commission approval.

The design phase of redevelopment was funded through a grant from the California Division of Boating and Waterways. The Long Beach Department of Public Works said with this important milestone completed, the city can pursue funding for the construction phase and if funding is secured, the project can be bid out and construction could commence as soon as fall of 2022 with completion prior to summer 2023.