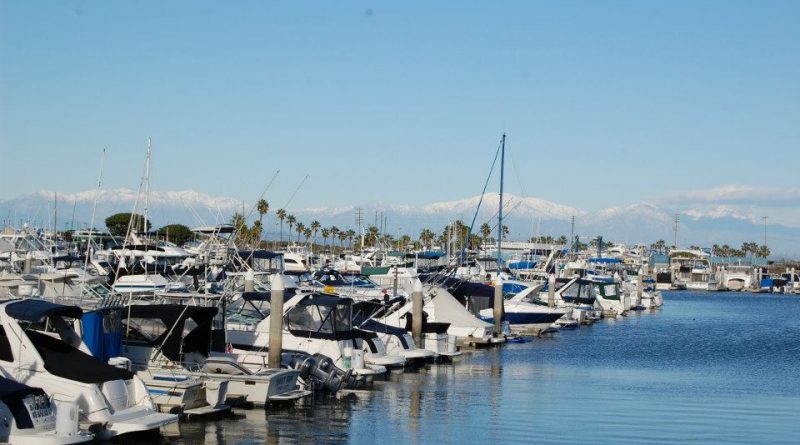 The owner of the Peter’s Landing marina in Huntington Harbour sought a permit to build two public fishing piers, which were required by the original Coastal Development Permit granted in 1979 but had never been built.

The project was proposed to resolve a violation stemming from the original Coastal Development Permit (CDP) approved for Peter’s Landing in the late 1970s. The CDP included the marina, landside commercial development and condominium complexes on either side of the commercial center. As part of the Coastal Commission’s original approval of the Peter’s Landing project, two public fishing piers were required to be provided in the marina. However, those piers were never built.

The marina portion of Peter’s Landing got a new owner in the late 1990s who has been working to address the violation, according to Coastal Commission enforcement staff.

At their Oct. 7 meeting, the Coastal Commission unanimously approved a proposed amendment to the CDP establishing a public fishing platform and a public fishing dock, and other enhancements.

“We feel this permit presents an opportunity to craft a creative solution to this longstanding public access violation,” said California Coastal Commission Officer Jordan Sanchez at the Oct. 7 meeting.

Both fishing areas will include a bench, lighting, and fishing line recycling and trash receptacles. The project also includes five informational and interpretive signs which will direct the public to the fishing areas, provide health warnings regarding consumption of fish from the harbor, management of trash, restrictions on discharges, notices for safety and protection of public and private property, and prohibitions on fish cleaning and disposal of fishing wastes on site.

The marina operator also proposed additional measures intended to enhance the fishing experience. These include a small coastal salt marsh restoration and eelgrass planting project within the marina to provide foraging areas, breeding areas, protective nurseries and shelter to young fish and invertebrates, and spawning surfaces for fish, shellfish, crustaceans and other animals. In addition, both habitat types improve water quality by filtering runoff and excess nutrients.

Also proposed were Marina Trash Skimmers, which have been installed beneath the boat docks located at the interior corners of the marina. The skimmers operate 24 hours a day, 7 days a week, capturing floating debris and other contaminants, like surface oil. Each skimmer can remove up to 500 pounds of trash per month.

Other proposed water quality enhancements include a prohibition on fish cleaning and disposal of fishing wastes at the site.