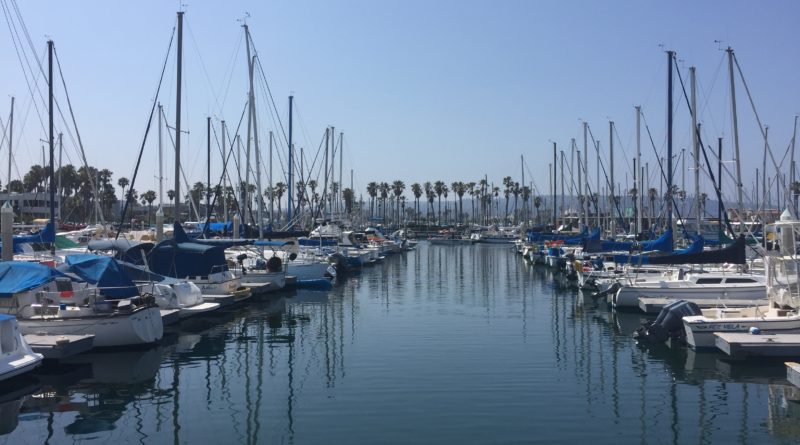 Locals argue for and against Measure C, but CenterCal fires back with “vested rights” claim to property.

REDONDO BEACH — Perhaps it was the fact locals had been waiting since 9 a.m. to hear members of the California Coastal Commission, during their Aug. 9 meeting, vote on whether Measure C would hold up. It could also be that though legal, an attorney representing CenterCal was passing out subpoenas like candy during the meeting. Most likely it was just that the Redondo Beach Waterfront project has impassioned the community – whether one voted for or against Measure C.

The California Coastal Commission ultimately upheld the people’s vote and validated the 2017 ballot initiative many believed was a vote against CenterCal’s Waterfront project, which was seen as too large by a segment of Redondo Beach’s population.

Coastal Commissioners specifically approved an amendment to Redondo Beach’s Local Coastal Plan that Measure C – also known as King Harbor Coastal Access, Revitalization and Enhancement Act – applies to redevelopment plans such as the one advanced by CenterCal. The vote was 8-2 in favor of Measure C, which was approved by 57 percent of Redondo Beach voters in March 2017.

Measure C had replaced Measure G, which CenterCal relied upon to develop its “The Waterfront” project.

Measure G, arguably, had a larger turn out of voters leading some opposition to Measure C to claim the new measure was a smaller percentage of support in the city. Many recreational boaters, beach users and waterfront enthusiasts, on the other hand, have largely supported Measure C, which claims to protect coastal access and revitalization of King Harbor.

Waterfront developments now plague California, with some moving forward relatively smoothly and some not so much. Redondo Beach’s CenterCal “mall by the sea” is one that falls into the latter category. From the moment that agreement was signed, it was fraught with disarray.

Heating up on all fronts

The Aug. 9 meeting was an emotional one, with subpoenas being served by an attorney representing CenterCal and dozens of local, city staff and CenterCal representatives pleading their cases – it seemed almost evenly split between approving and denying Measure C’s ordinance to apply to the Waterfront project. The subpoenas were distributed almost as soon as the meeting began.

Many of the major players for and against Measure C showed up to the meeting, including Redondo Beach Mayor Bill Brand, Council members Nils Nehrenheim, Laura Emdee, former CenterCal employee Mickey Marraffino, supporters of Rescue Our Waterfront anti-development group, and others to argue his or her position, which easily reached over an hour in public comments.

Coastal Commission Chair Dayna Bocho, at a few points during the meeting, was called to regain composure of the room, stating, “I am not going to lose control of this meeting.”

Some locals, in response, apologized on behalf of his or her embarrassment concerning comments at the meeting as the room began to get rowdy.

Brand, who opposes CenterCal, called for a “reset” of the current waterfront development plans. Public record at the meeting accounted that Brand had telephone or in-person interviews with all commissioners to discuss the importance of the project to the community as well as argue his points for approval.

Emdee, who was put on the hot seat for signing business agreement with the architectural developer CenterCal along with fellow Council member Christian Horvath, had earlier this year stated The Waterfront project “pitted neighbor against neighbor.”

During the meeting, Emdee stated, “You’re going to hear a lot about what we don’t agree on, and I’m here to tell you what we do agree on,”

She continued, “This issue has been completely divisive in this town. I agree with [Mayor] Bill Brand that we need to reset the button. No reason to go back to the polls … Let us just start over.”

This ruling from CenterCal led many city staff members to declare CenterCal’s project was “dead.” CenterCal, on the other hand, has different ideas.

Shortly after the Coastal Commission meeting, on Aug. 13, CenterCal’s attorneys sent a letter addressing Brand, Nehrenheim, Emdee, Gran, Horvath, Lowenstein and City Attorney Michael Webb. CenterCal’s attorneys reminded the city officials of a L.A. Superior Court ruling on May 8, which decreed the “developer has vested rights to the Waterfront Project.” Attorneys argued the ruling prevented Measure C from legally applying to the developer.

The letter from CenterCal was posted to Council member Nehrenheim’s public Facebook account and, according to Nehrenheim, can be accessed via Public Records Act requests.

While the Coastal Commission’s ruling appeared to be a victory for the people, there is still a lawsuit occurring between CenterCal and the city of Redondo Beach.

If it does turn out The Waterfront project is indeed taken off the map, any future waterfront development at King Harbor would likely need to begin from the grounds up – again.

Nehrenheim, a leading purveyor against the CenterCal project, told The Log there would now be much work to do, essentially beginning the public feedback meetings fresh. Nehrenheim, a lifeguard and longtime resident of Redondo Beach, rose to council member due to his stance on CenterCal’s revitalization plans.

“The first steps will be to do the public portion of the improvements such as the boat launch ramp and the Sportsfishing pier, which we [city officials] are responsible for. Because two current Council members, Laura Emdee and Christian Horvath, signed a business agreement less than 35 days before Measure C passed, CenterCal had an ALPIF (business agreement) in place for the project. Because of them and that decision, it is a legal mess that we will need to deal with, which was launched against the City by CenterCal.”

Redondo Beach has already been working towards deciding where the new boat launch should be placed and public feedback meetings for the rebuilding of Sportsfishing Pier have largely been positive so far, contrasting developments concerning The Waterfront project.