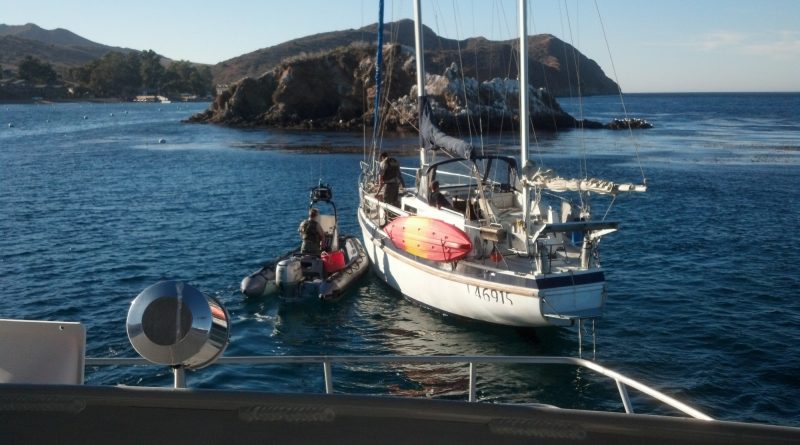 CATALINA ISLAND— The California Department of Fish and Wildlife announced on April 14 the California Fish and Game Commission had revoked commercial marine aquaria fishing privileges for collector David W. Hornbaker due to unlawful take of marine aquaria species. In November 2013, while on patrol along the front side of Santa Catalina Island off Emerald Bay, wildlife officer Rob Rojas observed Hornbaker in 20-30 feet of water squirting a substance into a reef, resulting in stunned fish exiting the safety of the reef’s hiding places, according to the CDFW press release. Hornbaker then allegedly scooped the fish with a small aquarium net and placed them into a container strapped to his side. While surfacing, Hornbaker allegedly attempted to discard two plastic containers that contained the unknown liquid substance used to incapacitate the fish but they were retrieved by Rojas.

It is unlawful to collect marine aquaria at Santa Catalina Island. Marine aquaria collecting by use of a chemical liquid substance is also unlawful, due to the damage it causes to the reef.

The fish he had taken from the reef were blue-banded gobies, vibrantly colored blue and orange fish that are highly sought after by marine aquaria collectors due to their high resale value. The officers properly documented the fish for evidentiary purposes then released them, alive, back into the water.

Wildlife officers cited Hornbaker and further investigation revealed that prior to the original contact, Hornbaker had been contacted by a different wildlife officer and was explicitly warned it was unlawful to take marine aquaria species off Santa Catalina Island. The Commission’s decision permanently prohibits Hornbaker from collecting marine aquaria.