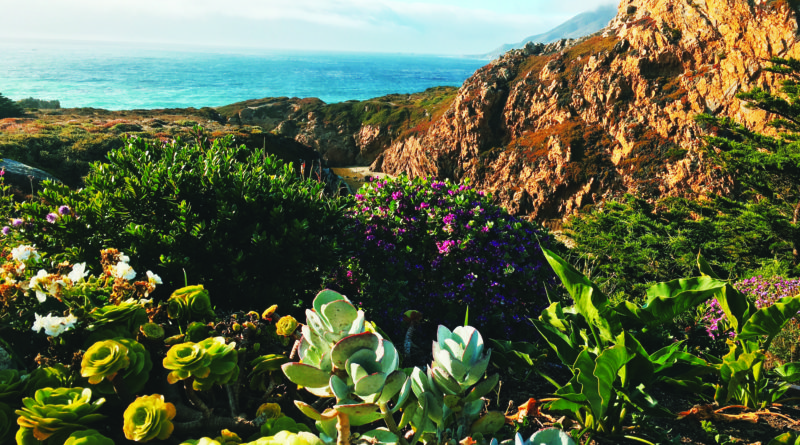 BIG SUR—When poaching comes to mind, typically one thinks of harm coming to an animal, such as the saga of the critically endangered vaquita porpoise. According to The Mercury News, however, California’s natural resources are being taken and this is causing danger to one coastal succulent – and the reason behind the poaching is mostly for vanity.

The succulents, known as Dudleya farinosa, are being sold on the Chinese and South Korean black markets, where they sometimes sell for $50 a stem. The plant is also called by the common names “bluff lettuce” and “powdery live-forever,” and attracts wild bees and hummingbirds. California’s Department of Fish and Wildlife became aware of wild succulent poaching in 2017. Sadly, the plants can also be bought legally from nurseries in California.

Why are these plants being poached? According to a report by Business Insider, much of it has to do with the recent infatuation with succulents in America.

“As succulents have become the darling of designers and a staple for home and garden décor, so has the desire grown to possess rare species – and an illegal trade in pilfered plants is growing exponentially,” reported Kathryn McKenzie for Voices of Monterey Bay.

The report goes on to state $700,000 worth of the plants had been seized in a span of less than six months. One poacher was even caught on a post office security camera mailing the plants to China. He was fined $5,000 and sentenced to three years of probation and 240 hours of community service. Two men from Palmdale were also caught with 600 poached succulents in their garage.

Poaching causes a whole slew of problems from depleting an ecosystem of its resources to causing trouble for local communities. Just how marine creatures and other species play their role in the delicate balance of earth’s ecosystem, ripping these beautiful plants from the West Coast’s cliffs is illegal and may affect the area in ways that are unclear now.

For more information about reporting poachers, visit the website at wildlife.ca.gov/enforcement/caltip. Tips can also be texted to 847411 with the word “CALTIP” followed by the message.

One thought on “California’s wild succulents are being poached due to Instagram’s obsession, trendiness”