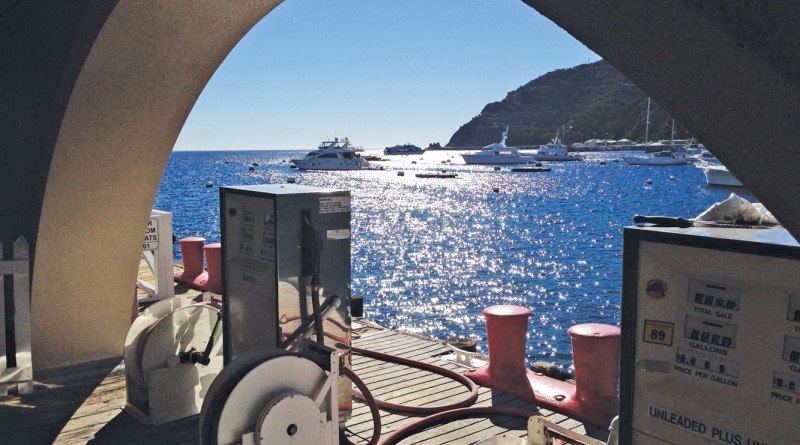 Pam Albers, who drew highest card, was found to have conflicts of interest related to Avalon property along with two other council members.

Editor’s note: Changes were made on July 7, 2018 to reflect Pam Albers’ client purchased the Cafe Metropole, not Hotel Metropole.

AVALON — Trying to find a purpose for the Casino Fuel Dock property in Avalon has proved challenging, but it appears a long-term solution might be on the horizon. Council members who had previously been precluded from negotiations were, at a recent City Council meeting, called to draw cards to decide who could enter negotiations for the hotly debated stretch of property on Avalon Harbor’s waterfront.

Cards were pulled, at Avalon City Council’s June 19 meeting, between three council members who were determined to have conflicts of interest. The cards would help council members decide could enter the discussion of the Fuel Dock Café’s future. City Attorney Scott Campbell, when questioned by Council member Cinde MacGugan-Cassidy, mentioned this was a somewhat routine practice.

MacGugan-Cassidy and Richard Hernandez both have connections to Catalina Island Company, who is the landlord for the Casino Fuel Dock space. A client of new Council member Pam Albers, meanwhile, recently purchased the Cafe Metropole, which is located in Downtown Avalon.

A request for proposals to lease the property was published in September 2017.

Albers pulled the highest card from a deck presented by Campbell, meaning she would be on available as lease negotiations continue for a café at the fuel dock area.

In addition to a fueling station for vessels and the property once Casino Fuel Dock, the controversial speck of land in question also has bathrooms and a picnic area. At one time, Fuel Dock Café operated there and, according to TripAdvisor, was a destination for grabbing a bite to eat and watching bands perform.

The future of the property is still uncertain, but the card-drawing process could jumpstart the process of leasing the space to a viable vendor.