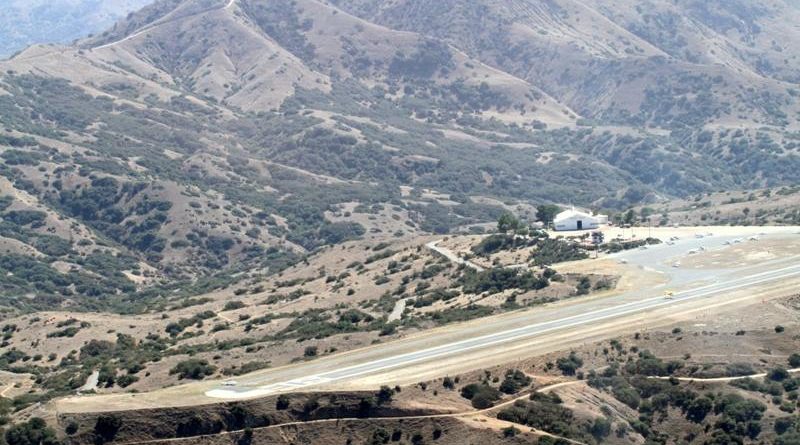 CATALINA ISLAND — A vast majority of The Log’s readers approach Catalina Island by boat, and for good reason – the island is only 20-some miles away from most Los Angeles and Orange County area docks and launches. The history of aerial traffic to and from the island, however, is both diverse and extensive.

The first apparent flight to Catalina Island occurred in 1912, when one Glenn Martin flew a seaplane from Newport Beach to Avalon. Martin’s 33-mile flight lasted 27-minutes, reportedly the longest flight over water recorded then.

Syd Chaplin – half-brother of Charlie Chaplin – also operated an airline to and dorm Catalina in the 1920s.

Airport in the Sky, of course, operates to this day. The 3,250-foot airstrip is located 10 miles from Avalon. The Catalina Aero Club meets monthly and organizes a fly into the airport.

William Wrigley’s family commissioned the airport, with construction work on the runway beginning in 1940. The bombing of Pearl Harbor in December 1941 caused airport construction, which was almost complete, to be halted.

The incomplete airport was leased to the U.S. government during our involvement in World War II – at the rate of $1 per year. Officials reportedly covered the runway with debris between 1941 and 1945, as to prevent enemy aircraft from landing on the island and using it as a base.

Construction resumed after the war, with the airport officially opening in 1946.