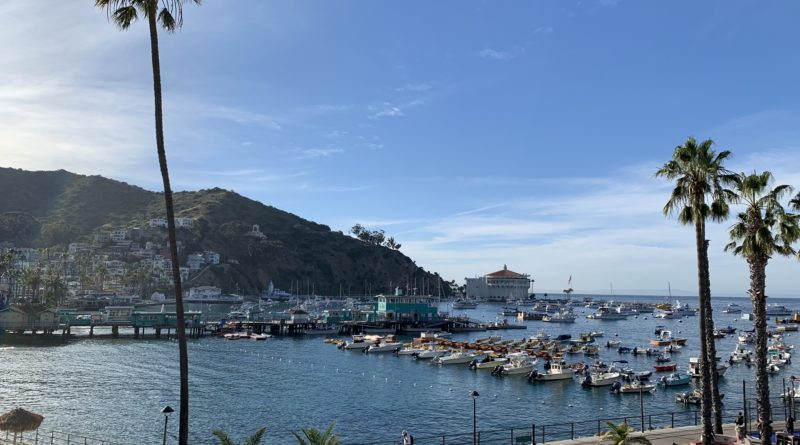 Changes continue to be made on Catalina Island, what with Avalon serving as a major tourist destination during summer months. But the island is still a hot spot for Southern California boaters.

CATALINA ISLAND—Welcome to The Log’s third-ever issue dedicated to Catalina Island. Our previous special issues featured stories on island time, the palapas of Two Harbors, culture at Catalina Island Museum, the history of Glenmore Plaza Hotel and the various activities you can do while visiting the most populated land mass off the coast of Los Angeles.

Some of what we’ll feature in this special Catalina issue will remind you of the diversity of activities you can do while visiting Avalon, Two Harbors or anywhere else on the island. Other stories will delve into some corners of the island we have yet to feature, such as the Catalina Country Club or the remodeled Hotel Atwater. And there will be a story or two on timely events or happenings on the island, as if everything else we’re featuring isn’t enough.

Many publications will hype up Catalina Island as the ultimate travel destination, a magical place where you can enjoy a relaxed, lazy city where resort-like amenities are aplenty and outdoor activities are a dime a dozen. Those stories aren’t off base, but there is a lot more to Avalon, Two Harbors and Catalina Island than being a resort-style destination for those looking to get away from the hustle-and-bustle of Los Angeles (or any other place on the mainland).

Did you know, for example, a 90-year-old man named Lolo is the only barber in Avalon? Catalina Country Club, meanwhile, has a locker room the Chicago Cubs used during their Spring Training run on the island. Hotel Atwater, meanwhile, is on the verge of re-opening after undergoing a complete facelift and makeover. (The hotel’s do-over, sadly, coincided with the closure of Mr. Ning’s restaurant; it was the only Chinese eatery in town since the 1980s.) Then there was the repaving of Catalina Island’s airport earlier this year – an ambitious project bringing the U.S. Navy and Army Corps of Engineers together for a joint training exercise.

Of course the Catalina Island Conservancy has its new trailhead building, conveniently located between the ferry terminal and Crescent Avenue boardwalk. Much of what the Conservancy manages, though, is beyond the “metropolis” of Avalon – where trails will introduce you (or re-introduce you) to natural elements you won’t otherwise see anywhere else. (Could you, for example, name all of the animals native and specific to Catalina Island?)

New to this year’s special issue on Catalina will be a feature on William Wrigley. The business magnate bought the island, sight unseen, in 1919 – meaning this year is the 100-year anniversary of the man who forever altered the course of Avalon and Catalina.

Also be sure to look for the usual suspects in this issue: a calendar of events, list of things to do and references for boaters to rely upon for each visit to the island.

Times might be a-changing at Catalina Island, but the landmass twenty-some miles away from Los Angeles is still the place to be for boaters. We hope you find this special edition as a point of information and insightful resource.