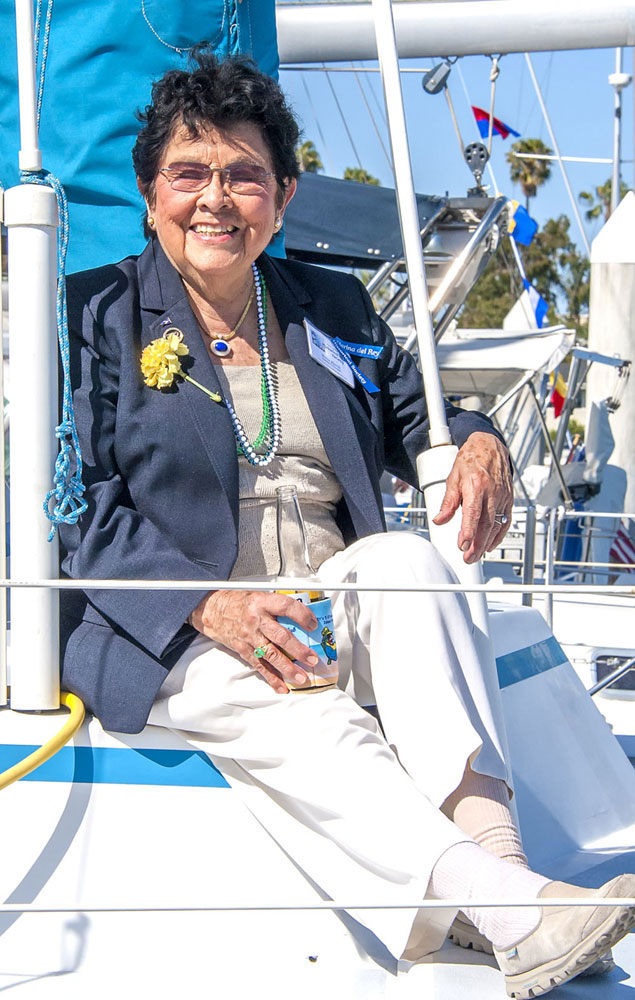 The special Birthday Bash Weekend is part of a yearlong celebration to commemorate the nation’s largest man-made harbor. The party kicks off Friday, April 10 and continues through Sunday, April 12.

Special tours of the harbor will be led by Marina del Rey Historical Society volunteers who will talk about the marina’s history. Located in Fisherman’s Village, the society will be open throughout the bash.

Hjorth looks forward to sharing personal stories, historical and interesting facts about the marina to all who enter the society’s doors. She has given historical presentations to several yacht clubs, local organizations and businesses since the society was established in 2007.

During those talks, she shared how she has watched the marina grow to become the largest man-made harbor that holds more than 5,300 boat slips. Hjorth recalls when the breakwater was built and the groins were installed.

“Once that was accomplished this place just boomed,” said Hjorth, who helped co-found the historical society with Howard Wenger. “Everyone realized it was going to be a major success …marinas were being built quickly.”

Hjorth will be on hand to show and explain historical photos to guests who stop by during the bash. Several of those photos were once hers.

Willie and John Hjorth brought their 36-foot Catamaran up from King Harbor to Marina del Rey in 1964 to be closer to work. They slipped Hiolani at Caballo Marina, which later became Tahiti Marina and is now The Waves apartments.

In 1970, the couple opened Mare Co. Sails, a sail repair and rigging business that specialized in making nets and trampolines for trimarans and catamarans. They moved off the boat soon after but always lived close to the marina and were involved in boating groups, such as the Pioneers Skippers Boat Owners Association — a boaters advocacy group established in the ’60s.

“They were mostly the first boat owners in the marina,” she said. “The marina was very stark. No signs on pilings; the docks weren’t marked and so a lot of the boat owners thought the harbor department at that time needed input from the boat owners so they worked together. It was very unofficial and neighborly. They traded information back and forth so that the harbor could develop some guidelines for boats.”

The group went on to look at slip lease agreements and advocate for fair pricing. Eventually the group faded away but not before helping to establish the popular Holiday Boat Parade.

Although now on land, Hjorth still has strong ties to the water. She’s watched as her former marina has transformed from a parcel that was accessed via a dirt road and provided boaters with one amenity — a bathroom — to the modernized The Waves apartments.

She enjoys speaking with boaters and the community about the continuing modernization of the marina as leaseholders renovate developments to meet the lifestyle of today.

“I am a champion for Marina del Rey lifestyle living,” she said. “I think they [the renovation and upgrades] are gorgeous.

“We can’t leave it [the marina] the way it was,” she added, “We can’t go back to the ’60s and I don’t think anyone wants that anyway because that was just another era and another time.”

Special 30-minute tours of the marina are scheduled every hour on the hour from noon to 5 p.m. out of Fisherman’s Village during the Birthday Bash. The Marina del Rey Historical Society will be open to the public during the three-day event and volunteers will be available for questions at the society’s booth in Burton Chance Park.