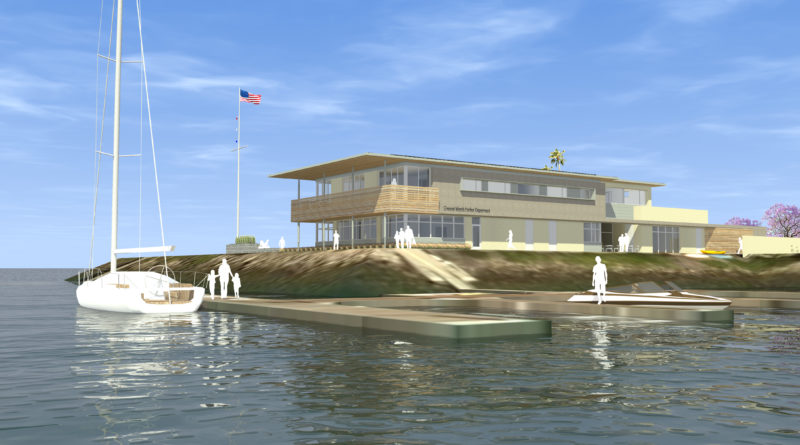 After a 12-year wait, a new facility will be erected on the same site.

OXNARD — The future of Channel Islands Harbor’s redevelopment continues to be in limbo after the California Coastal Commission delayed a scheduled dispute resolution hearing on the project, but work on Ventura County’s Harbor Department new administration building is finally underway.

The Ventura County Board of Supervisors voted in 2005 to build a modern structure to house the Harbor Patrol and Harbor Director along with staff, financing and leasing operations, a conference room, patrol and emergency equipment and the maintenance shop and adjoining facilities.

“The supervisors approved the reconstruction 12 years ago, but we had put it on hold to get other projects moving forward in the harbor first,” Harbor Director Lyn Krieger explained.

However, the severe economic downturn of 2008 caused the project to be delayed. The project would earn the Coastal Commission’s blessing in August 2013, but work on the new Harbor Department’s new digs remained delayed until now – primarily due to the recession.

“The recession was so deep, we weren’t certain that there would be enough income to handle all the maintenance that has to be done on a daily basis in and around the harbor,” Krieger said.

The redevelopment calls for the original administration building to be demolished and then replaced with a 9,000-square-foot, two-story office building with site stabilization, marine rock revetment work, new parking lot and modern bathrooms. The entire facility will now be accessible to people with disabilities.

“There are many boaters with physical disabilities; the new facility from the parking lot to the hallways and bathrooms will provide greater accessibility for everyone,” Krieger explained.

The project is expected to take 14 months to complete at a cost of about $5 million. Funding for the facility comes directly from harbor income.

“We have prequalified five companies capable of doing the work. In the next 60 days we will present the three finalists to the County Supervisors to make the final determination of which company will get the project,” Krieger said.

The upstairs area of the building will hold the administration department allowing for more room downstairs for the now larger Harbor Patrol. When the facility was constructed in 1965, it was designed to handle a much smaller workload. A lot of the space currently in use was transformed from a maintenance shed into office space.

There were no computers and few electronic devices back then, so the requirement for improved electrical systems is also necessary to handle the increased load. Meeting space will be included in the new building, thus saving the expense of renting offsite space.

The county hopes to begin construction this winter. All staff moved into temporary quarters (trailers) in mid-July.

“The facility will have working heating and cooling (something not available now), larger locker space for the current complement of harbor patrol personnel and emergency equipment storage. There is no triage space now, and sometimes my office becomes the location for emergency care,” Krieger said.

With the expansion of Mandalay Bay north of Channel Islands Harbor Bridge and the addition of a harbor patrol substation at Seabridge, the need for greater coverage has grown, requiring more harbor personnel.

“We have been getting all our work permits approved and are ready to start the project. We’re not building a Taj Mahal, we just want to modernize for greater functionality, efficiency and accessibility for everyone who comes here,” Krieger said.