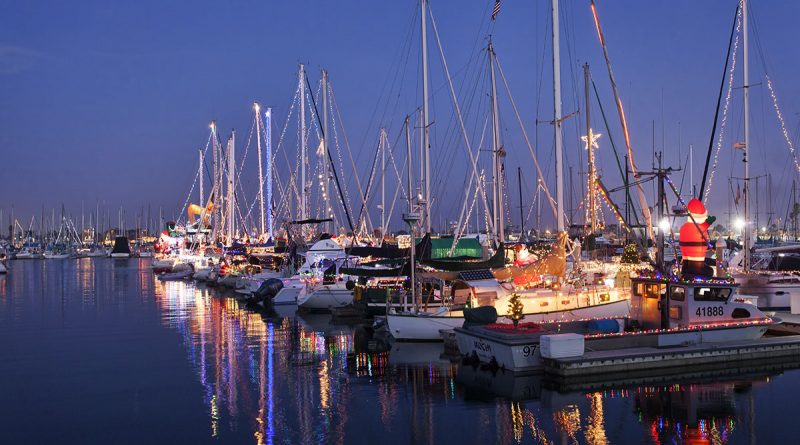 “Heroes on Holiday” tabbed as title of 53rd annual Parade of Lights on Oxnard waterfront.

OXNARD — Channel Islands Harbor officials announced “Heroes on Holiday” as the theme the 53rd annual Parade of Lights, which will be held on the Oxnard waterfront on Dec. 8.

Channel Islands Harbor’s annual boat parade brings residents and visitors alike to the waterfront, all to revel in the well-decorated vessels cruising up and down the harbor. The procession itself features more than 40 boats, each lit up to showcase the parade’s theme.

The boat parade brings thousands of residents and visitors to the waterfront each year. The procession of more than 40 decorated boats has become one of the most iconic holiday events in Ventura County.

The boat parade will take place during the evening of Dec. 8, meaning there are opportunities to take in other activities at the waterfront and harbor area during the day.

Channel Islands Harbor’s begin at noon near Marine Emporium Landing. Families are welcome to enjoy a variety of food options, a holiday artists’ market, live music, and children’s activities. More than 36 tons of snow will be moved in for families to play in. Santa Claus will be available to take pictures, free of charge.

The first-ever “Lighting the Mast at the Maritime Museum” will take place at 6 p.m., with Santa Claus and carolers leading the way at the Channel Islands Maritime Museum.

The Parade of Lights kicks off one hour later, as boats start to navigate down the Main Channel from Peninsula Park. Boats will turn at Hobie Park, loop in front of the launch ramp, and then head back to Pacific Corinthian Yacht Club. Boats will repeat the route for a second run.

The parade can be viewed from parks and walkways that line the route as well as from most Harbor restaurants. Boat charters are available for those who want to watch the parade from the water.