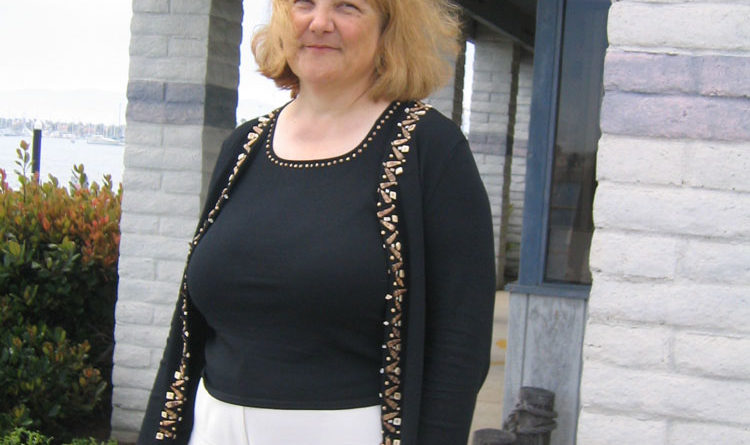 OXNARD – Channel Islands Harbor Director Lyn Krieger has been elected to a second term as chair of the California Marine Affairs and Navigation Conference (CMANC).

“Being named as chair is an honor for me as I enjoy being part of this professional group who support small, medium and large harbors and ports, whether they are north or south east or west,” Krieger said. “We work as a team to get the jobs done.”

Each term is one year; most chairs serving two terms. Krieger has been a member of CMANC since 1996 when the Ventura County Board of Supervisors hired her as harbor director.

“This is an important committee as it focuses on statewide needs and has incredible cooperation from members from large to small ports and harbors,” Krieger said. “In the 20 years I have been a member, I have never encountered people pushing against the others needs. The cooperation is amazing and I am pleased to be a part of it.”

The consortium works with the California legislature and congressional delegation to ensure that the federal and state government to the greatest extent possible supports California maritime interests. The group’s members speak as a voice for the needs to keep California’s harbors, ports and waterways safe and navigable.

“We help each other get done what is needed. Like a year ago when severe storms damaged the Port of L.A./Long Beach breakwater. They needed help to get it taken care of. When we need help locally, the members help us in the same way,” Krieger explained.

With the help of Ventura County Supervisor Kathy Long and Congresswomen Julia Brownley and Lois Capps, Krieger secured the largest amount of financing for dredging an epic amount of sand — 2,250,000 cubic yards — to replenish Hueneme Beach, pier and areas southward to the Ventura County line.

According to Krieger, some of the projects such as the Oakland Deepening Project, which required deepening the harbor’s federal channels to -50 feet to allow deep-draft container ships to access the port, took nearly a decade to come to fruition.

Then President of the Oakland Board of Port Commissioners Victor K. Uno stated, “A deep water harbor is absolutely vital to the well-being of our region. The -50-foot project delivers critical benefits to our community, the state and nation. These include generating thousands of jobs, business activity, millions in tax revenues, and environmental benefits.”

Krieger worked with CMANC members to make sure the need in Oakland was fulfilled.

In addition to regular meetings, CMANC holds two large meetings a year with representatives from the Army Corps of Engineers, dredging companies and others supporting the ongoing maintenance effort in each area of the state, Krieger said.