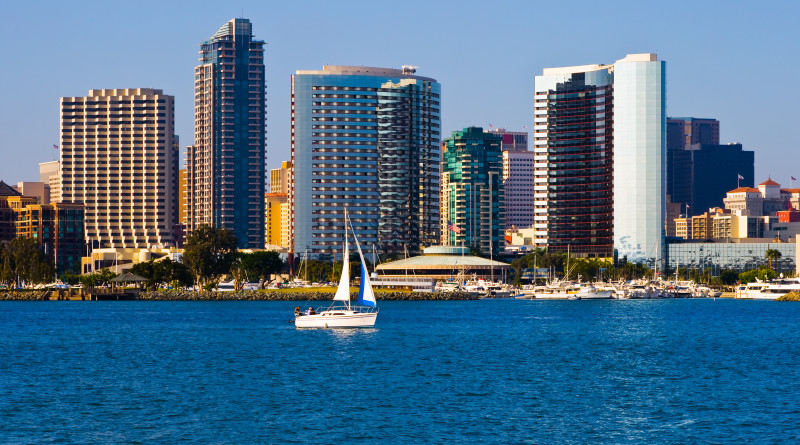 Correction: The original photo used with this story, which featured Department of Fish and Wildlife law enforcement officers aboard a vessel at Catalina Island, was not specifically boarded for an illegal charter violation or accusation. The photo, which is misleading, has been replaced here on the online version of the story. We regret and apologize for the error.

SAN DIEGO—Frustrations over the how the Port of San Diego is handling the presence of illegal charter operations in California’s southernmost harbor appeared to boil over toward the end of 2018, with legal operators openly questioning why the port’s board of commissioners have yet to at least consider a drafted policy on the issue.

The battle between legal and illegal charter operators has been ongoing for several years now, and the port district, in 2018, stated it would work with the Coast Guard and local stakeholders to implement a policy regulating the presence of boats-for-hire in San Diego Harbor.

A joint task force was recently launched to facilitate the drafting and enactment of an illegal charter policy, but those directly – and negatively – affected by illegal charter operations at San Diego Harbor are beyond frustrated by what they believe is a lack of action by the port district, Coast Guard and others.

Many were hopeful a draft policy would already be on the table – with approval and implementation not too far away.

Port of San Diego Harbor Police Chief Mark Stainbrook, during the Board of Port Commissioners’ Dec. 11, 2018 meeting, said while there have been delays a draft policy is almost ready to be presented.

“We have a draft proposed port ordinance that we’re reviewing, and, as promised, although it’s a little delayed, we’ll get back to having a public outreach,” Stainbrook told commissioners. “We do continue to work with the Coast Guard to board illegal charters. The Coast Guard has their rules and ordinances for illegal charters and we have what we have.”

Carole Noska, who operates a charter boat service, nonetheless cited an August 2018 letter from Stainbrook stating a draft policy could be available before the start of 2019.

She also asked commissioners why various illegal charter services who have already been identified by the port’s law enforcement were not served with cease-and-desist notices.

“The joint task force team, with Coast Guard and Harbor Police, have been boarding illegal passenger charters and escorting them back to their marinas [or public docks],” Noska told commissioners. “Now that it is clear who the illegal charters are – since you’re escorting them back to the dock – we don’t understand why you are not serving them with cease-and-desist orders until they can comply with the new ordinances.”

Noska added a group of legal charter operators in San Diego are looking into a class action filing against the port district.

John Valente of San Diego Bay Cruises said the port district is long overdue to have an ordinance drafted and vetted.

“It is just, basically, an ordinance we are looking for. A little bit of time is acceptable and reasonable but we’re going on five years with this issue,” Valente told commissioners. “We were promised a joint task force where everybody said they’re working together and then, independently, they’re saying, ‘that’s not my job.’

“It’s just policy. It should just be written,” Valente continued.

Both Noska and Valente suggested the port district, based upon how the process has played out so far, effectively condoned illegal charter activity.

Stainbrook, meanwhile, told commissioners the task force is doing all it can to ensure the positions and perspectives of all stakeholders are factored into the drafted policy on San Diego’s illegal charter operations.

“It’s a complex issue. It takes a little time,” Stainbrook said of the process. “We’re trying to look at this holistically.”

Illegal charter operations has indeed been a hot button item in San Diego – and other harbors in Orange County and Los Angeles – for several years.

Coast Guard and San Diego Harbor Police officials boarded Champagne on Sept. 2, 2018 as part of a law enforcement operation. Champagne had been long been suspected of conducting illegal charter operations.

Regulating illegal charter operations hasn’t been an easy activity to regulate. There is the philosophical or economic debate, for example. Is the regulation of any passenger-for-hire activity ultimately a restriction of free market principles (as in, if people want to charter a boat, let them charter a boat)? Or should the government be allowed to step in due to concerns of safety and qualifications?

The other barrier is practicality – even if there is a regulation on the books, enforcement is quite difficult. It’s not immediately obvious to anyone whether a boat-for-hire is legitimate or navigating the waters against the law. Illegal charter operations are often discovered via tips from those who frequently use the harbor or a random boat boarding.

Looking ahead: the Board of Port Commissioners could be considering a draft policy on illegal charter operations as early as March. The port district told The Log it would soon schedule a meeting with stakeholders and provide them with the latest updates.

One thought on “Charter operators in San Diego growing restless”