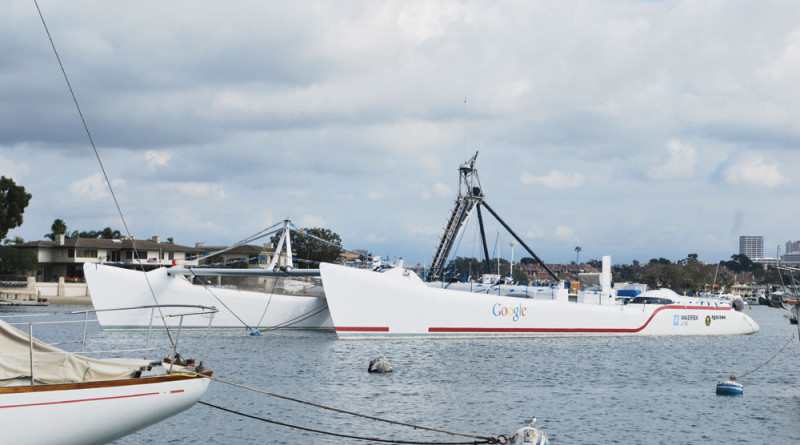 NEWPORT BEACH — Cheyenne was evicted from its mooring in September. The catamaran has since made a brief return to Newport Harbor before moving up the coast to the Channel Islands.

Chris Welsh, Cheyenne’s owner, promptly departed from Newport Harbor after his mooring permit was not renewed by the city’s waterfront department. Welsh and Cheyenne traveled to Dana Point shortly after a Newport Beach hearing officer rejected his appeal of the city’s decision.

The Ocean Institute confirmed Welsh and Cheyenne were at Dana Point Harbor on Sept. 30 for a speaking engagement about his planned expedition but left the harbor after the event.

Cheyenne was spotted at Newport Beach’s public anchorage during the first week of October. Recreational vessels are permitted to visit the anchorage for a few days per month. Welsh, accordingly, was within his rights to bring Cheyenne into the anchorage so long as he did not remain there longer than permissible under city code.

The catamaran’s pilot confirmed he was in Dana Point but added he moved farther north to California’s central coast.

“Cheyenne was there [in Dana Point] but now is gone. We are in Ventura/Santa Barbara for an archeological dive series with a two-man sub in the Channel Islands, followed by using that sub to film great white sharks in the Farallones,” Welsh told The Log in early October.

Where Cheyenne might end up, if anywhere, as a base for its planned worldwide expedition is still up in the air. Welsh spent the past five years trying to establish Newport Beach as the catamaran’s home base. The 125-foot catamaran was to be the centerpiece of Welsh’s ambitious plan to visit the deepest point of the world’s five oceans on his “Five Dives” expedition.

The start of the trip had been delayed several times during Welsh’s stay in Newport Harbor, which started in 2010.

Some harbor commissioners began to lose patience with Welsh and required regular updates during the past few months. Welsh regularly informed commissioners that the one-man submarine was close to completion but untimely delays prevented him from starting his expedition.

The final straw came in July when Welsh told commissioner he aimed to have the catamaran in Monterey for testing by the first week of January 2016 and then head west to begin his expedition to each ocean’s deepest point. Commissioners were split in July about whether to recommend Welsh’s permit be extended into 2016.

It is possible Cheyenne could return to Newport Beach’s public anchorage again as a transient boater so long as he abides by the city’s prescribed time limits.