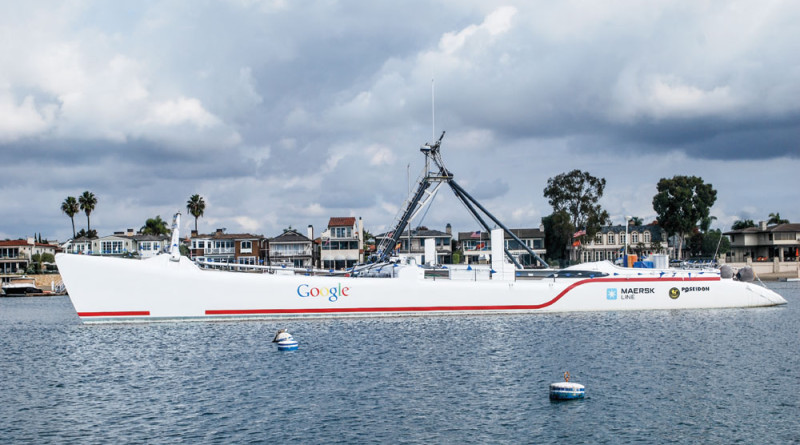 NEWPORT BEACH — The sands of time finally ran out for Chris Welsh as an independent arbiter upheld a Harbor Department decision to evict Cheyenne, a 125-foot catamaran, from a Newport Harbor mooring.

Welsh, however, was reportedly out of the country on Sept. 15 but, according to Miller, assured he would move Cheyenne upon his return the following week.

Cheyenne’s eviction from Newport Harbor ends a five-year saga of whether the 125-foot catamaran should be allowed to remain in the bay in exchange for using it as the home base for a planned series of deep sea diving expeditions.

Welsh hoped to sail Cheyenne to the deepest points of the Arctic, Atlantic, Indian, Pacific and Southern oceans. In July he told the Newport Beach Harbor Commission he aimed to have the catamaran in Monterey, Calif. for testing by the first week of January 2016 and then head west to begin his expedition to each ocean’s deepest point. The Cheyenne pilot called his planned expedition “Five Dives.”

The start of the expedition had been delayed several times during Welsh’s stay in Newport Harbor. Some harbor commissioners began to lose patience with Welsh, who regularly informed the commission work on the one-man submarine, despite delays, was progressing.

Commissioners were split in July about whether to recommend Welsh’s permit be extended a few more months. The final vote was 3-3 (with Commissioner Brad Avery abstaining), preventing the commission from making a recommendation to Miller of whether or not to extend Cheyenne’s permit.

Three commissioners supported a recommendation to allow Welsh to remain in the harbor for six more months and provide 30-day updates of his progress. Each update would have to be submitted by the first of each month. If a majority of commissioners were not pleased with Welsh’s progress and did not believe he would be ready to pursue his “Five Dives” expedition by Jan. 7, 2016, they could recommend giving the Cheyenne owner a 60-day notice to vacate.

Commissioner Joe Stapleton reiterated in a recent phone call with The Log perspectives he shared with his colleagues in July. Stapleton said the city had dealt with Welsh and Cheyenne for nearly five years and believed the “Five Dives” project was on the verge of becoming a reality. He believed Welsh was so close to achieving his exploration the city could have given Cheyenne’s captain a few more months to finalize the vessel.

Other commissioners (Paul Blank, Duncan McIntosh and Doug West) questioned whether Welsh would ever embark on his expedition.

Cheyenne was attached to a special mooring in the harbor. Separately, Miller confirmed Welsh did pay the city mooring fees.

Welsh’s only legal alternative to remain in Newport Beach would be to file a lawsuit in Orange County Superior Court and challenge the independent arbiter’s decision.

The Log reached out to Welsh after the arbiter’s decision; he did not respond.

Welsh will be speaking at the Ocean Institute in Dana Point on Sept. 30 about his planned expedition.