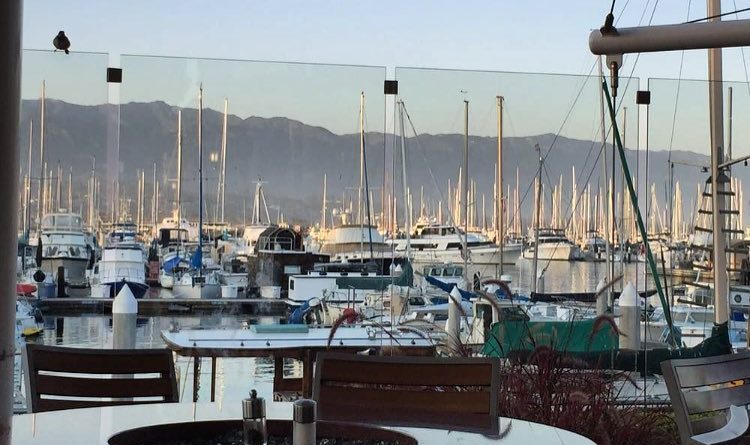 Two new restaurants are planned for the prime real estate on the Santa Barbara Harbor; one, dubbed Chomp on the Rocks, will be a family-friendly eatery serving burgers, fries, milkshakes and more, while the upstairs concept, named Salty at the Beach, will maintain more of a bar atmosphere.

SANTA BARBARA—It’s the end of era for Chuck’s Waterfront Grill and Endless Summer, which spent the past 20 years serving filet mignon, lobster and other seafood favorites on the Santa Barbara Harbor waterfront.

The waterfront restaurants posted a notice to their social media pages on April 30 announcing their closures. “It is with heavy hearts that we announce we have closed our doors for good,” the Chuck’s post read. “Thank you for your constant support. The memories will never be forgotten.”

“It’s along the same lines as Endless Summer in that it’s probably 60/70 percent bar with some fun bar food, we’ll do a lot of tapas, we’ll do shareables, we’ll do some old-school things, we’ll do tri-tip sandwiches,” Petersen said.

Petersen is the new lease holder of 113 Harbor Way, which was formerly home to Chuck’s Waterfront Grill on the bottom floor and Endless Summer Bar and Cafe on the second.

The waterfront restaurants had been serving seafood, steaks, cocktails and beers on the waterfront since 1999. Last fall, Larry Stone and Steve Hyslop, owners of the two restaurants, put the businesses up for sale.

After a few complications, on March 24, the City Council approved allowing Petersen to become the leasee of the site, just as Covid-19 was beginning to wreak havoc on the restaurant industry. He officially closed on the business deal in May.

“I tell people I’m either the stupidest guy in the world or I’m going to be very smart and we won’t know for a good year, year and a half,” Petersen joked.

Petersen owns three restaurants in Solvang: Chomp, The Coffee House by Chomp, and Brekkies by Chomp. He also co-owns Mortensen’s Danish Bakery in Solvang with his sisters. Peterson said he was planning his retirement, which included plans to buy a boat and move further south to San Diego, when this property came onto his radar.

“Truly not even looking, looking to maybe buy a boat in San Diego where my kids live,” Petersen said.

Petersen is planning to open a family-friendly, diner-style restaurant serving burgers, fries, shakes and more on the bottom floor, named Chomp on the Rocks, Burgers, Fries and Shakes. The restaurant will be similar to his Chomp concept in Solvang.

The restaurant will serve beer and wine, but will be catered more towards milkshakes. It will also include a coffee bar.

“It’s interesting, in Solvang I’ve got six beers on tap and we serve about six or seven kinds of wine, I sell more milkshakes and root beer floats than I do beer and wine combined,” Petersen said. “It’s really not a heavy drinking atmosphere as it is families, grandma or grandpa bringing the kids or parents or high school, junior high kids.”

The top floor, dubbed Salty at the Beach, will have more of a pub atmosphere, with alcoholic drinks and bar bites. This restaurant will have TVs, play sports games and offer brunch.

“We envision some parents coming down and saying look, we’re going upstairs to get a drink and eat something, why don’t you kids go to Chomp and come up and join us when you’re done,” Petersen said.

Since closing on the deal, Peterson has been at work getting new tile installed, generating menu concepts and getting signage approved by the city. He said he hopes to open Salty at the Beach in mid to late August, with Chomp on the Rocks following about a month later.

“My friends are like this is your mid life crisis, some people buy a Harley Davidson and I bought two new restaurants,” Petersen said.