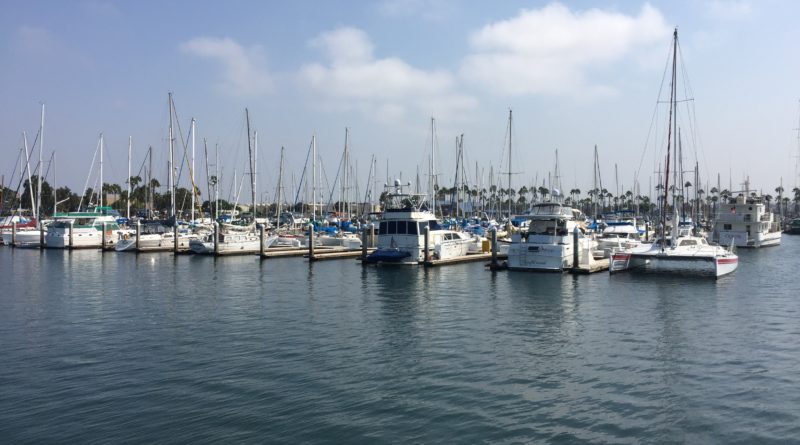 A planned revitalization of the land near Chula Vista Harbor could be delayed due to a legal dispute between the Port of San Diego and San Diego County’s airport authority.

Bad news: another hiccup, in the form of a lawsuit, has apparently made itself apparent, opening the door for yet another project setback.

Assembly Bill 2646 (AB 2646), introduced earlier this year by Assembly member Lorena Gonzalez Fletcher, was approved by the legislature on Aug. 6 and headed to Gov. Jerry Brown’s desk for signature. The bill authorizes the transfer of a state-owned 97-acre parcel of land from California’s State Lands Commission to the Port of San Diego. The parcel, per an agreement signed in 2010, must be used for coastal public access, open space and sensitive wetlands protection.

One of the elements of the revitalized Chula Vista Bayfront is a new parking garage. Funding for the new garage in Chula Vista would come from $3.50-per-transaction fee imposed upon customers who rent vehicles at San Diego Airport. Rental car agencies at the airport, in response, filed a lawsuit in June to challenge the port district’s fee. The San Diego County Regional Airport Authority filed an answer in hopes of retaining its legal rights.

Port district leadership immediately came out swinging and questioned the airport authority’s decision. Challenging the parking fee in the courts would undo all the progress made on the Chula Vista Bayfront project and cause it to be unnecessarily delayed, the port district argued.

“While we did not initiate the lawsuit, we are an interested party, given the potential impacts to our tenants and customers. By filing the answer, we were seeking to ensure we have a seat at the table for future discussions,” Boling wrote in her Union-Tribune op-ed. “We were disappointed that a dry legal question about rental car fees quickly devolved into heated political rhetoric and accusations about the motives and intentions of this action.”

She added the port district’s authority to impose fees could directly harm the airport authority’s ability to challenge future decisions.

“The … issue is whether the port can levy fees on all airport transportation vendors for future projects of their choosing,” Boling wrote. “If the port can levy fees on rental car transactions, might it also be able to do so on all transportation providers? It’s critical to resolve whether it has this authority – and if we do not respond now, we’ll be giving up our right to oppose any similar actions in the future.”

“The port’s $3.50 per transaction fee is a fraction of what the airport charges rental car users – up to $45 per transaction – to pay for the airport’s new rental car facility. The port fee will terminate once the parking garage is paid for,” Padilla and Moore stated in their joint op-ed. “The Airport Authority did not challenge this fee when it was used to pay for the parking garage that services the San Diego Convention Center, as well as Petco Park, the Gaslamp Quarter and the Hilton Bayfront Hotel.”

Boling stated the airport authority is still supportive of the Chula Vista Bayfront project despite its legal action.

“We support the Chula Vista Bayfront project. It’s good for Chula Vista, good for airport business and good for the entire region. We’re willing to work with our partners at the port to ensure it goes forward without delay,” Boling stated in her op-ed.

Efforts to revitalize the Chula Vista Harbor area have been in play for at least 16 years now. Planning efforts began in 2002 and continued through 2005, when the Port of San Diego and Chula Vista City Council approved a redevelopment master plan. An environmental review process was finalized in 2010, followed by construction permit approvals and California Coastal Commission backing in 2012.

The port district began searching for a hotel developer in June 2014 and selected RIDA four months later. RIDA and the port district spent the next few years negotiating an agreement to move forward with development plans.

A proverbial light at the end of the tunnel appeared to make itself apparent this year as Chula Vista and port district leadership memorialized an agreement earlier this year. Adding to the momentum: the ball began rolling on site preparation.

It is unclear, however, whether the lawsuit involving parking fees would significantly delay the port district’s plans in Chula Vista.