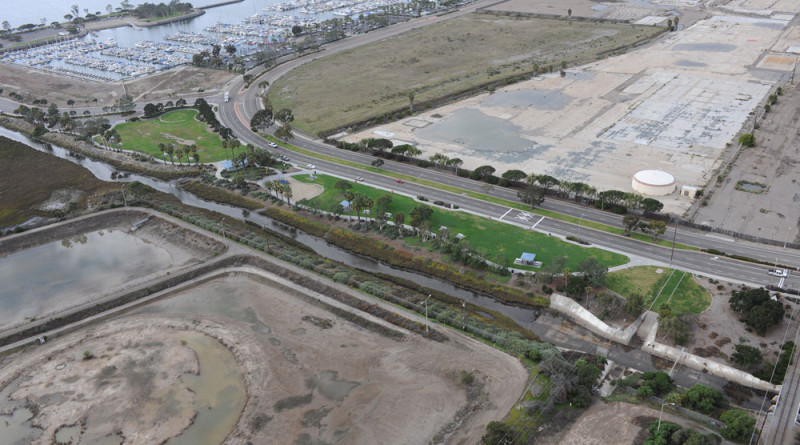 HALF MOON BAY — News of a joint plan by San Diego County’s southernmost city and the port district to revitalize a portion of Chula Vista’s bayfront has been minimal in 2015. The redevelopment plan barely flew above the radar this month when the California Coastal Commission concurred with administrative edits to Chula Vista’s Local Coastal Program (LCP) amendment at the agency’s meeting in Half Moon Bay on Nov. 4.

“The city has formally acknowledged and accepted the commission’s certification of the LCP amendment, including the one suggested modification. The one suggested modification to the Land Use Plan revises [the project] to extend the view corridor next to the newly designated building envelope,” said Charles Lester, the commission’s executive director, in a letter to Chula Vista Mayor Mary Casillas Salas. “The city already has coastal development permit authority over this geographic area and will continue issuing permits.”

Retail development can be up to 30 feet high once the new bayfront project takes place.

The commission’s concurrence with Chula Vista’s actions in August does not necessarily speed up plans to realize the bayfront revitalization project. Almost one full year has passed since any substantive updates have been provided on the revitalization, which will impact the harbor’s two marinas during and after construction. How quickly the project comes together and is realized could be determined in 2016.

Board members of the Port of San Diego reviewed a presentation from RIDA Development Corp. in December 2014. RIDA hopes to build a large hotel on the Chula Vista bayfront. A public-private partnership project involving Pacifica Companies, the Port of San Diego and city of Chula Vista, the new waterfront would, according to last year’s presentation, include many new features, such as a reconfigured marina and improved navigational channel. Visitor-serving retail, public promenades, residences and a bayfront resort are also within plans.

A concept plan to upgrade all slips at Chula Vista Marina as part of the waterfront’s larger plan to become a more attractive destination was approved by the port’s commissioners in 2014. Up to 25 percent of the docks in the upgraded marina could be replaced, according to plans. Concept plans also indicated remaining docks would likely be upgraded “to meet current code and extend the useful life.”

The Chula Vista bayfront is more than 500 acres in size. There are currently 552 slips in the Chula Vista harbor area.
San Diego’s port district owns most of the property at Chula Vista Marina. Revitalization plans could take up to 20 years to complete, a timeline reminiscent of a similar revitalization project at Dana Point Harbor.