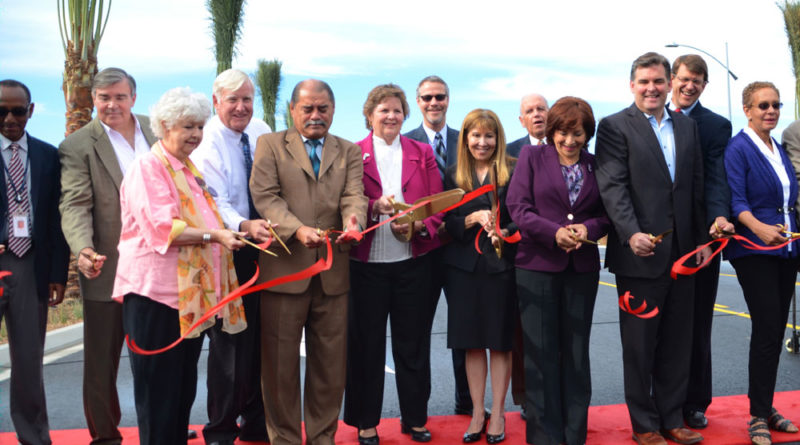 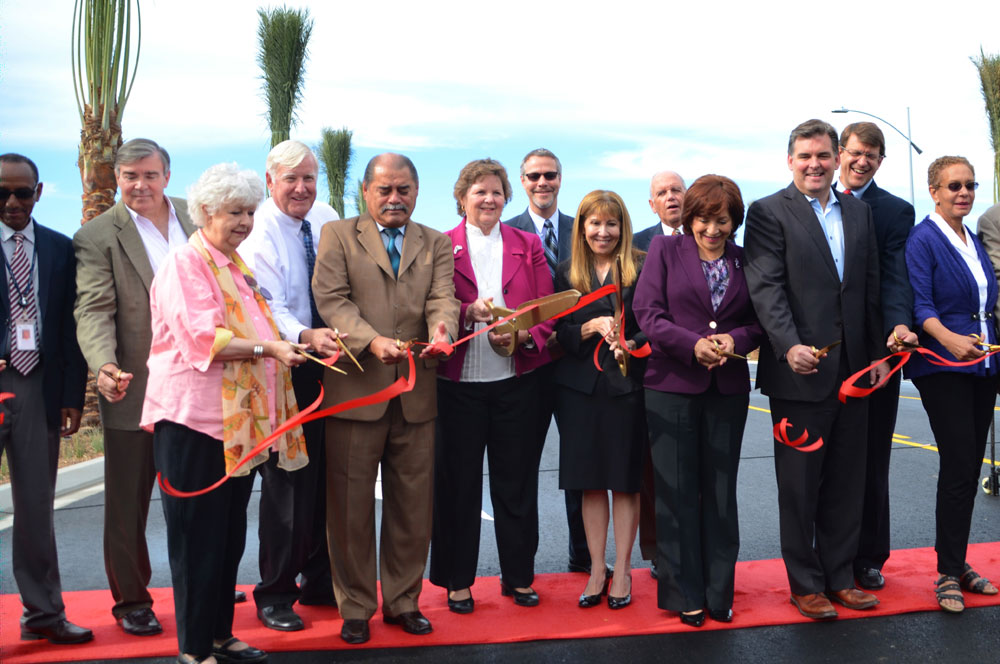 CHULA VISTA – The Port of San Diego and the city of Chula Vista celebrated the completion of the H Street Extension project in a ribbon-cutting ceremony on Thursday, Oct. 30. The long awaited project created a new connection from the San Diego Bay waterfront to the main streets in western Chula Vista.

The grand opening also included the unveiling of a commemorative brass plaque installed in the new sidewalk. The plaque’s location indicates the historical high tide line and features the names of the current Chula Vista Mayor, City Council, and the current Board of Port Commissioners.

The $7.2 million project is part of the Port’s Capital Improvement Program.

The project officially broke ground in November 2013 and was completed under budget and slightly ahead of schedule.

The street initially came to a dead end at Bay Boulevard. Now, the new extension will provide  residents and visitors with direct access to the waterfront.

“This is a historic day for Chula Vista,” said Mayor Cox. “The opening of H Street demonstrates that visible progress continues on a plan that will give residents and visitors the opportunity to enjoy new parks, attractions and residences along our portion of San Diego Bay.”

The H Street Extension is another milestone for the Chula Vista waterfront. In February 2013, the South Bay Power Plant was imploded in order to ready that portion of the bayfront for redevelopment. Another sign that long-awaited bayfront development is coming to fruition, according to the port,  is the Oct. 14 Board of Port Commissioners action that authorized negotiations with RIDA Development Corporation to build a planned hotel and convention center on the bayfront.