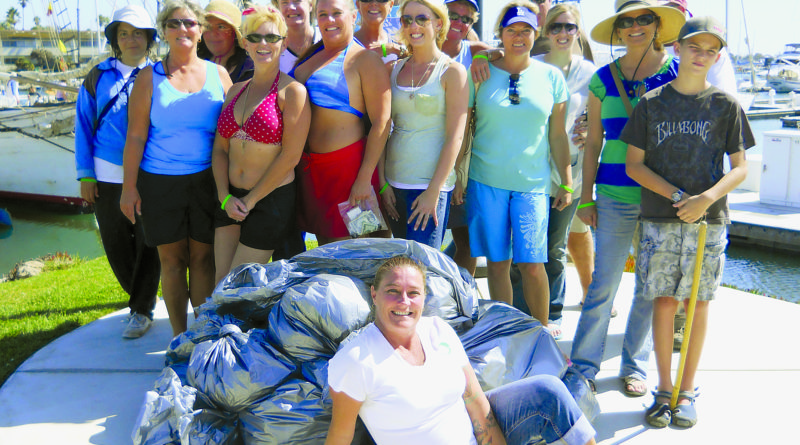 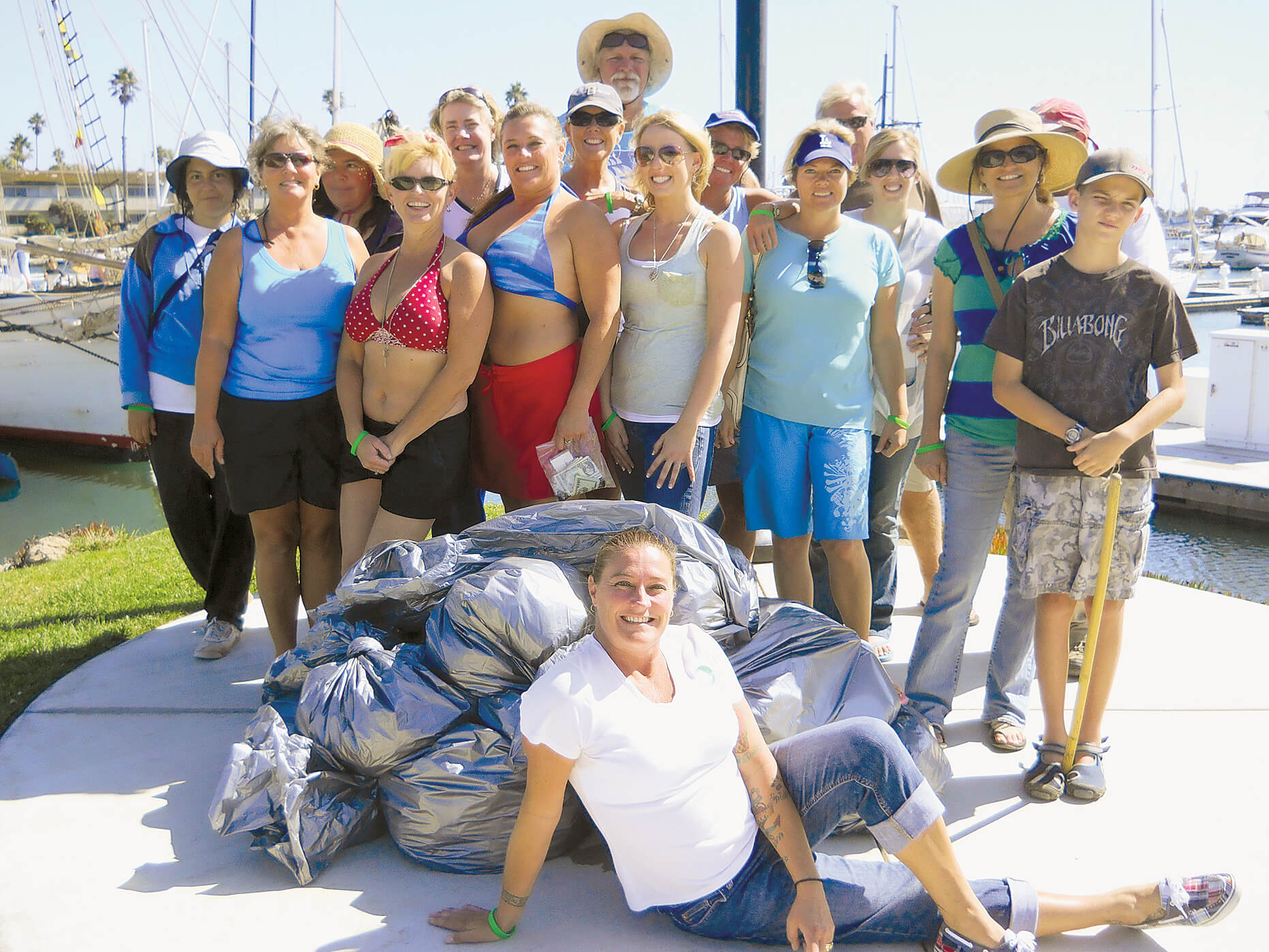 “Since 1993, I have been focused on organic landscaping and have been planting low-water-use plants and using organic fertilizer in all the landscaped areas around our marinas,” Dunn said. “This reduces runoff and adds nothing harmful to the sea.”

“People appreciate that we provide biodegradable doggie bags for everyone who visits the harbor and marinas; no one wants polluted water. Also, with our free bilge pad exchange program and handy recycling bins including monofilament recycling, we make it easy for boaters and the public to do the right thing,” said Michelle Lapointe, who manages Vintage Marina Partners’ two marinas in Channel Islands Harbor.

The voluntary Clean Marinas program was established in 2004 and is described as an “ongoing endeavor, by a marina industry alliance, determined to provide environmentally clean facilities and protect the states’ coastal and inland waters from pollution through compliance of best management practices.”

Dunn and the Vintage Marina Partners staff adopted environmentally friendly business practices before the Clean Marinas program began — and the company was recertified at its marinas in May 2011.

“What we see are many marinas getting certified the first time, but not always getting recertified,” Dunn said. “I think it is because in between certifications, the checklist expands.

“We incorporate the new practices as soon as we hear of them,” Dunn said. As an example, a new requirement for being clean is the biodegradable doggie refuse bags that cost twice as much as the previous bags.

“I think it shows a commitment and dedication to the boaters and the community,” Dunn explained. “When people see us doing something good for the environment, they are more likely to do something good, as well,” Dunn said.

Vintage Marina Partners goes above and beyond the Clean Marinas program guidelines by using energy-saving LED lighting and low-water-use landscaping, which has reduced water usage by 90 percent. Also, his staff looks for ways to recycle old materials when they are upgrading the marinas.

“Recently, we replaced all of our old fire hoses with new ones,” Lapointe said. “One of our slip holders, JB Jourdan, saw what we were doing. She asked if we would donate the hoses to the fire department in San Felipe, Mexico.”

As it turns out, Jourdan and her husband are regular visitors to this town on the Sea of Cortez, and they knew the local fire department needed fire hoses. Lapointe made the old hoses available to Jourdan, who was happy to transport them to Mexico (see sidebar: “Old Marina Hoses Benefit San Felipe, Mexico Fire Department”).

“We also donated some of the hoses to the tall ship Bill of Rights in our harbor, as they use them for rubrails,” Lapointe said. “Sending the rest to the fire department in San Felipe was great, and none of the old hoses ended up in a landfill. We are always trying to find ways to reduce and reuse.”

“Last year, a group of friends got together on kayaks and went around the harbor collecting trash,” Lapointe explained. “We were greeted by boaters and harbor visitors, who also starting collecting trash. After the day was over, we decided to make this an annual event — and Brian (Dunn) said, ‘Let’s do it for the entire harbor …’ so, we did.”

“We received excellent feedback from passersby who stopped to watch and were very grateful that folks were helping clean up the harbor,” Lapointe said. “Many offered to help out at the next event (scheduled for February 2012). And local station KADY-TV plans to capture video footage of the next event.”

Harbor businesses contributed, as well, with Sea Fresh Restaurant offering a discount on food to cleanup participants, and Channel Islands Kayak Center offering free two-hour use of kayaks to volunteers.

“As members of the community, we want the harbor to become a destination — and being clean plays a role in that,” Dunn said.