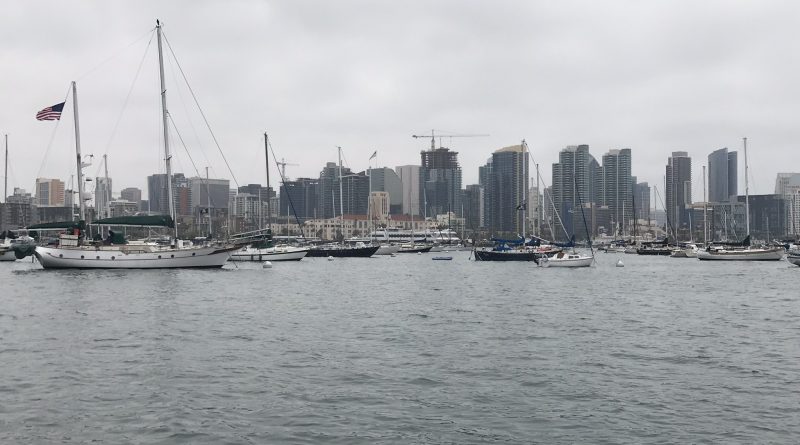 One vessel owner was hit with nearly $25,000 in fines after being charged with an illegal charter operation earlier this year.

SAN DIEGO—Policymakers and public health officials are trying to wrangle the Covid-19 pandemic, but those charged with the safety of San Diego’s working waterfront have been trying to limit the spread of another “virus” – illegal charters.

“As activity on the water increases, the Coast Guard cautions the public that unlicensed vessel charters are both illegal and potentially unsafe,” Coast Guard officials said in its June 8 bulletin. “Coast Guard Sector San Diego investigators work with law enforcement to identify and terminate unlicensed and illegal charter boat operations along California’s southern coast in the interest of passenger safety.”

The June 8 bulletin specifically cited a recent case where civil penalties were imposed upon a vessel owner for allegedly operating an illegal charter.

“On Feb. 3, 2020, the Coast Guard imposed civil penalties against the owner of the Gato Gordo, a vessel charged with illegal charter operations in San Diego, totaling $24,591,” Coast Guard staff stated in the June 8 bulletin. “The Gato Gordo was cited during two separate illegal operations. In June 2018, a Captain of the Port Order was issued to the Gato Gordo to cease illegal charter operations in an attempt to remove the threat to maritime safety that the vessel posed.”

Anyone boarding a charter vessel should ask five questions to determine whether the operation is legal:

Lt. Kristin Kam, the Coast Guard’s chief of investigations in San Diego, said illegal charters are often crewed by some combination of an unlicensed captain, lack of safety equipment and poor maintenance standards.

“We’ve been battling against illegal passenger charter operations due to the inherently dangerous nature of these activities. Often these illegal charters are operated by an unlicensed captain, lacking proper lifesaving training, experience and maritime awareness that we require of a credentialed mariner,” Kam said in a released statement.

“The vessels themselves are frequently loaded with more passengers than the manufacturer’s specifications, lack the proper safety and lifesaving equipment, or fail to comply with construction and maintenance standards,” Kam continued.

Operating an illegal charter is a violation of federal passenger vessel requirements and can result in a termination of voyage and civil penalties of up to $59,000 per operation per day for the owner/operator.

The Coast Guard urges the public to visit www.uscgboating.org for more information about recreational boating safety.

Contact the San Diego Sector Investigations Division at 619-572-2904 or SDIO@uscg.mil for information about passenger vessel operations or charter regulations.