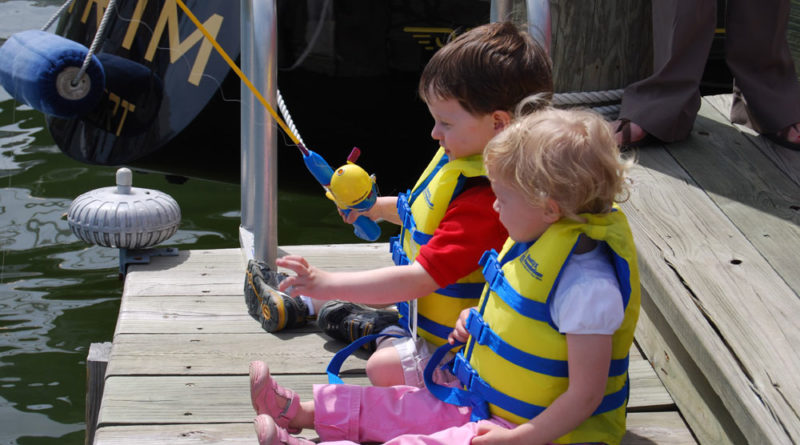 Big changes are in store for recreational boaters as the United States Coast Guard will be reclassifying Personal Flotation Devices (PFD) to minimize confusion over current labeling standards.

The Coast Guard’s code plan to classify PFDs, which define the specific situations a life jacket could be used, officially began on Oct. 22. An announcement has not yet been made by the Coast Guard of what the new system will look like.
The earliest new standards would be implemented is 2017. Accordingly, life jackets labeled with the Type I through V labeling system would still be legal until a new label system is adopted.

Federal officials hope the updated system will make PFDs easier to use and allow for more innovative life-saving designs.

“The Coast Guard is working with the PFD community to revise the classification and labeling of PFDs. When completed, this information will be updated and hopefully be somewhat easier to understand,” according to the Coast Guard’s website.

According to a final rule published by the Coast Guard in the Sept. 22 issue of the Federal Register, the label change is being pursued to “more effectively convey safety information, and is a step toward harmonization of our regulations with PFD requirements in Canada and in other countries.”

Under the soon-to-be-scrapped labeling system, PFDs were labeled with a specific note informing users of where and how best to use the life jacket.

According to Scott Croft, vice president of public relations at Boat U.S., PFD labeling in the U.S. has been confusing.

For instance, some PFDs must be worn, while others just have to be within arms distance.

A Type III PFD, Croft explained, is only legal when it is physically worn, while a Type II PFD merely must be aboard a vessel and visibly accessible by the user.

Similar to Type III PFDs, an inflatable life jacket is only legal if worn.

The Type I through V rating system explained how boaters would have to use a different life jacket based upon where they boated. A Type I PFD, for example, is the most generic and could be used in any body of water, but also ideal for the open ocean, rough seas, or remote areas where a rescue attempt could take some time. If a wearer is in water and unconscious, a Type I PFD would turn him or her face up.

Type II PFDs were applicable for general boating activities in calm inland waters or where the chances of a speedy rescue are strong. Described by the Personal flotation Device Manufacturers Association (PFDMA) as “comfortable,” Type II PFDs also turn unconscious wearers face up.

Type IV PFDs were seat cushions best used to toss out to a drowning person and not meant to be worn but instead help the victim stay afloat by grabbing onto the cushion.

Finally, Type V PFDs were designed for special uses, with specific limitations posted on the PFD. Some Type V PFDs, for example, were intended to provide hypothermia protection or used on commercial whitewater vessels.

Once in place, the new system would do away with rating a PFD with the appropriate “Type.” However, PFDs labeled Type I, II, III, IV or V would still be legal for use despite the planned changes.

The Coast Guard seemed to agree its labeling system was not ideal.

What do these changes mean for recreational boaters?

Details of the new system are still being determined, but the new PFDs would likely present information in such a way where someone could look at it and immediately understand its intended use.

Paul Newman, the 11th Coast Guard district’s recreational boating safety manager, said once a new labeling system is in place, it should become easier to identify the specific uses of each PFD.

“It really won’t be any different than it is today. The main hurdle is figuring out what life jacket to use for what purpose. In some ways, it will be simpler,” Newman said, adding the new labeling would feature the same information as the Type I through V coding, but with more visuals and with fewer words.

In doing away with the Type I through V labeling, Croft said the U.S. is catching up with best practices observed in Europe, where PFDs generally have pictographs to explain a life jacket’s use.

“The boating safety community believes this move by the Coast Guard will help lead the way toward more comfortable and innovative life jacket designs, help boaters stay on the right side of the law, lower costs, and save lives,” Edmonston stated. “Aligning our standards with those to our neighbor to the north and across the Atlantic will help reduce prices as manufacturers won’t have to make products unique to the U.S. market.”

The new system would also help countries such as the U.S., Canada and Europe adopt a more streamlined approval process. Currently, PFD manufacturers have to produce life jackets for multiple regions. Inconsistent regulations on both sides of the Atlantic make it cost prohibitive for some manufacturers to offer some life jacket products to consumers in the U.S.

Recreational boaters in Europe have a larger variety of PFD models available to them, Edmondson said, because life jackets there are manufactured to make it easier for the end user to understand its uses.

Here in the U.S, Edmondson said the Type I through V coding system focuses more on satisfying regulatory requirements instead of helping the end user understand PFD’s practical uses.

Even more, obtaining regulatory approvals in the U.S. often means the manufacturer either takes on higher costs (which are usually passed on to the consumer) or a specific line of PFD is not made.

If the U.S. could develop a more streamlined system with Canada and Europe where PFDs are judged by its functionality instead of whether it meets regulatory guidelines to ensure a life jacket is, for example, properly stitched could result in a manufacturer offering the same PFD in multiple markets at a reasonable or competitive price.

The net gain would translate into a greater variety of PFDs available to recreational boaters in the U.S. while potentially helping customers save money.

Increased access to more PFD products and a greater understanding of a PFD’s value to boating safety could also help reduce drowning deaths.

According to the National Safe Boating Council, California ranks second behind Florida for most boating deaths and most boating accidents.

An estimated 84 percent of drowning victims where the cause of death was known was reportedly the result of the victim not wearing a life jacket.

“This is a step in the right direction to help boaters make a more educated decision when choosing the right life jacket. We hope this change will offer less confusion to boaters and give them the chance to choose a life jacket they’ll want to wear while boating,” said Rachel Johnson, executive director of the National Safe Boating Council. “While this will still take some time to implement, I believe the recreational boating community will be impacted positively by this new change of removing type codes.”

From a law enforcement perspective, Dep. John Cooper of the Orange County Sheriff’s Harbor Patrol said most boaters usually in local waterways normally wear life jackets. “Whenever we see people wearing life jackets, they are being used properly in most cases. For those who aren’t using life jackets, we try to educate them,” Cooper, who is stationed at Newport Harbor, said.

Those who do not wear a PFD or have one near them are generally renters or someone who rarely frequents local waterways, Cooper said.

Harbor Patrol does loan out PFDs for those who do not have one aboard their respective vessel or personal watercraft.

In cases where someone is not being receptive, they could be cited. The fine is $350 per person, per offense.

The Coast Guard estimates as many as 66 PFD manufacturers would be directly impacted by the abandonment of code labeling. Implementing changes between now and 2017 would result in more than $110,000 in one-time expenses, including money spent on updating federal and state policies.

For specific laws and requirements governing life jacket use in California, visit the Cal Boating website at dbw.ca.gov/boaterinfo.