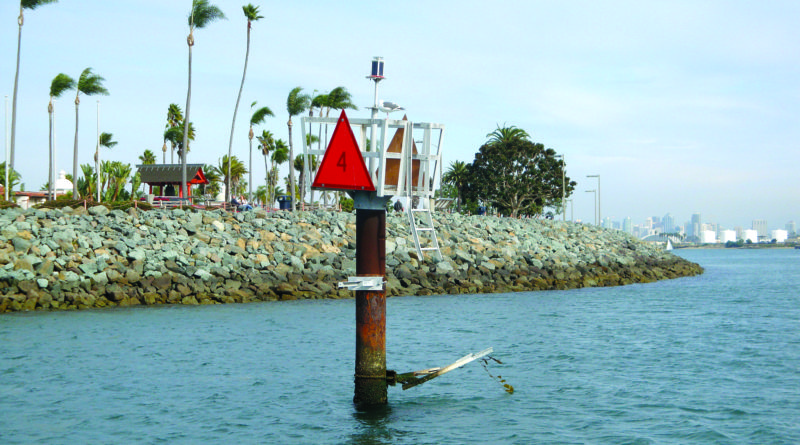 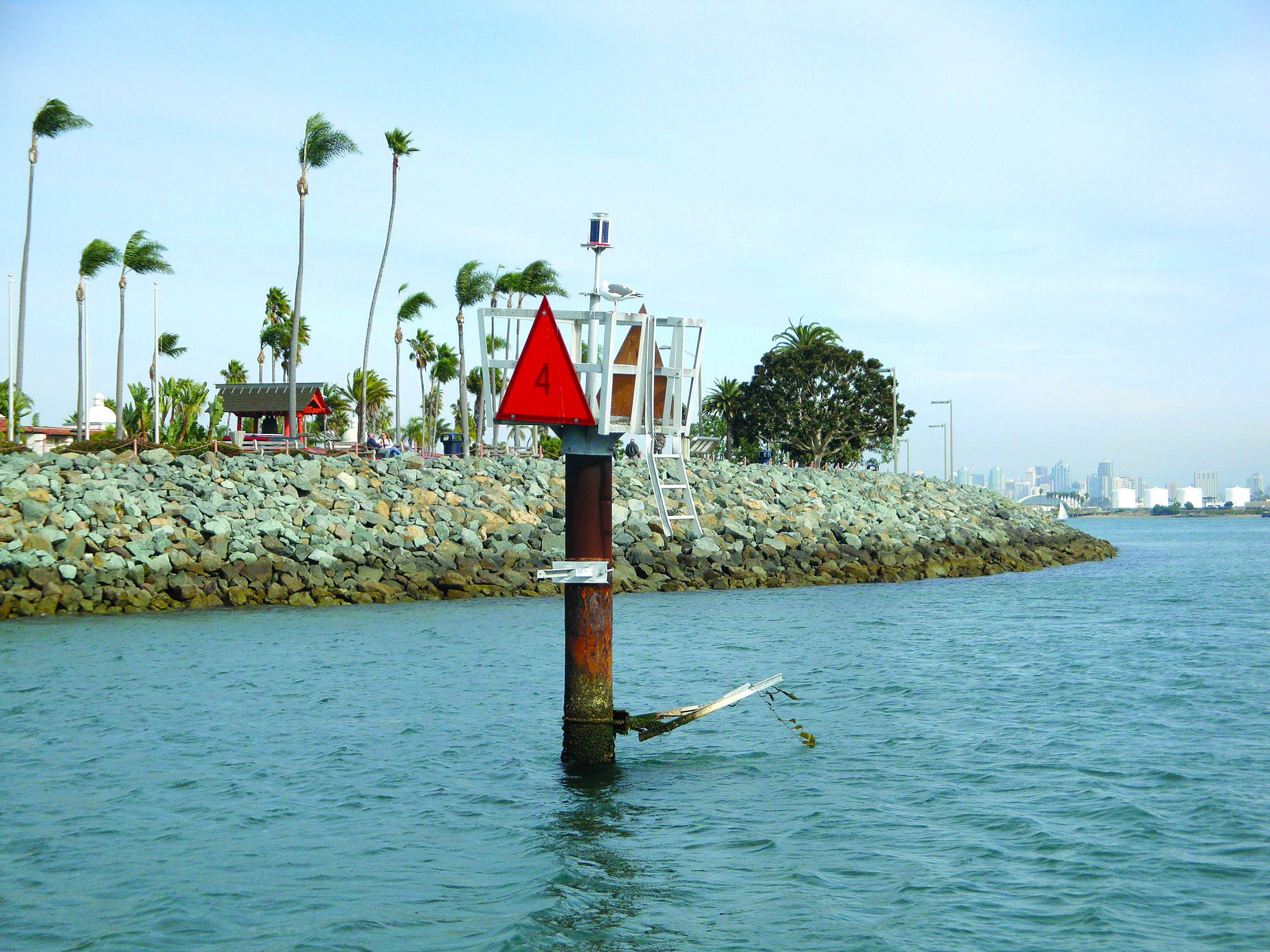 SAN DIEGO — The U.S. Coast Guard is warning mariners transiting San Diego Bay that an aid to navigation located near the west end of Shelter Island was damaged in an allision (defined as an incident in which a vessel strikes a fixed object), and could pose a hazard to navigation.

Shelter Island West End Light 4, LLNR-1595, was struck sometime before the afternoon of Jan. 11, shifting the day board portion of the aid out of position and bending a section of the ladder perpendicular to the aid near the waterline.

The light on the aid is still operating properly. This aid marks the right side of the channel into the Shelter Island yacht basin.

According to the Coast Guard, the responsible party left the scene without reporting the damage, leaving a potentially hazardous situation due to the steel ladder protruding from the pole and the misalignment of the day marker.

Coast Guard Aids to Navigation Team San Diego responded to the damaged marker and removed the protruding ladder on the evening of Jan. 11. Preparations to repair the day board are currently under way.