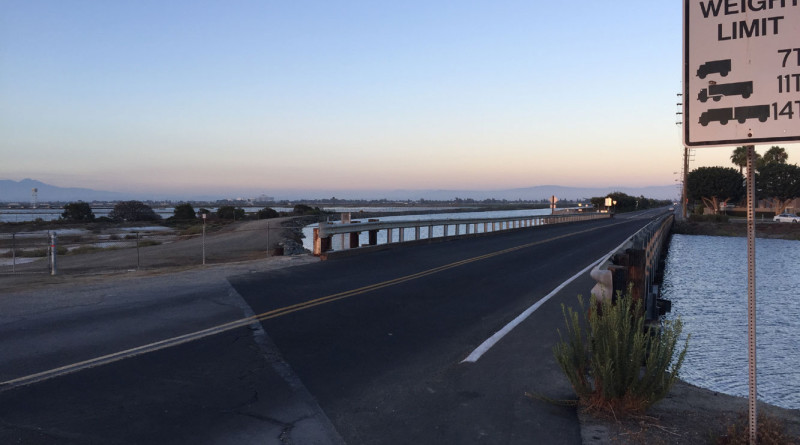 VENTURA — The public’s only pedestrian and vehicular access to a public marina and shipyard is one step closer to being demolished and replaced, as the California Coastal Commission unanimously approved the replacement of the Edinger Avenue Bridge at its July meeting.

Recreational boaters use the bridge to access the western edge of Huntington Harbor, including Sunset Aquatic Marina and Sunset Aquatic Shipyard. Coastal Commission staff said the demolition of the current bridge and addition of a new one is necessary.

“There are impacts to a coastal salt marsh that will occur as a result of this bridge replacement, but we believe they are unavoidable and this is the least environmentally damaging … alternative,” said Sherilyn Sarb, the commission’s South Coast District deputy director.

Sarb added the applicant (Orange County Public Works) was amenable to proposed mitigations, which includes wetland creation at the Talbert Nature Preserve and compliance with the habitat mitigation monitoring plan.

“The replacement of this bridge is necessary to maintain access to this recreational public access facility,” commission staff stated.

Replacing the Edinger Bridge did not come without drawbacks, according to the commission.

Commissioners also approved a recommendation requiring Orange County Public Works to conduct a pre-construction eelgrass survey. Commission staff stated eelgrass “was discovered near the project site, but is not expected to be impacted by the project.”

Requiring the pre-construction eelgrass survey would ensure the protected plant would not be negatively impacted by the project.

The Edinger Bridge is a wooden timber bridge spanning over a 260-foot span of Bolsa Chica Channel. It was originally built in 1968 and provides cyclists, pedestrians and motorist to cross over the channel to access portions of Huntington/Sunset Harbor. No other roads are available to access this particular area of the harbor.

“The bridge was meant to be a temporary structure when first constructed but was never replaced,” commission staff said.

A new lighting feature is expected to be included with the new bridge.