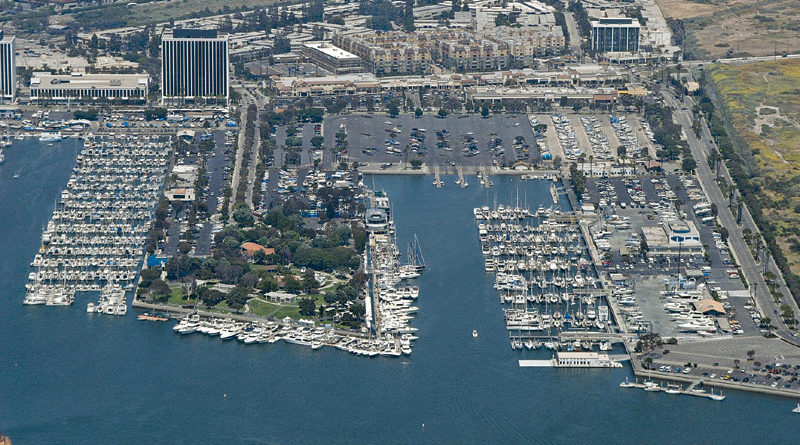 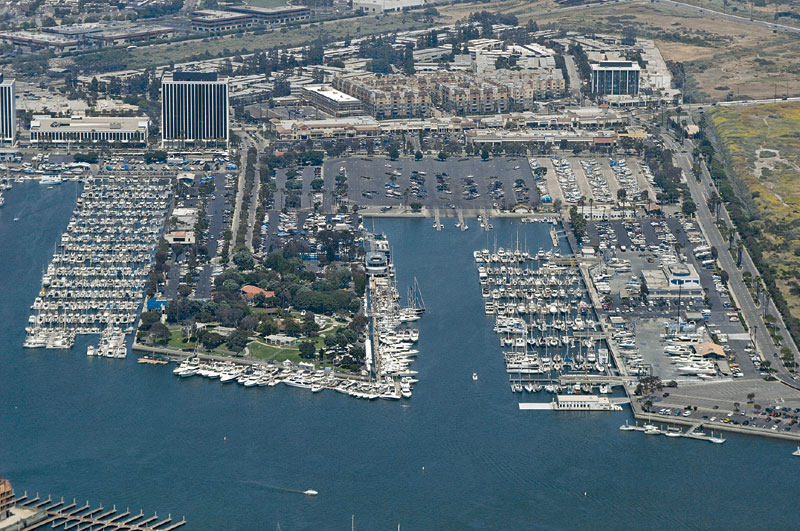 The decision to demolish and redevelop six private marinas and one public marina in Marina del Rey, along with fast-tracking four “pipeline projects” into the Local Coastal Plan Amendment, was approved by the commission in an 11-1 vote, paving the way for further slip reduction and increased commercial and residential use in the world’s largest manmade recreational harbor.

The four projects of the planned 17 in the Marina del Rey redevelopment plans were in need of land-use designation changes in the county’s Land Use Plan and Implementation Plan, which required Coastal Commission approval.

“Today is a major victory for the 10 million residents of Los Angeles County,” said Los Angeles County Department of Beaches and Harbors director Santos Kreimann. “I want to thank the members of the public who did a wonderful job of refocusing us to develop a balanced plan.”

For the waterside portion of the LCP Amendment, Coastal Commissioners approved the demolition and redevelopment of seven Marina del Rey anchorages, resulting in approximately 693 slips lost for boats in the 30-foot and smaller size range. The plan calls for an increase in slips for larger boats, resulting in a total slip loss of 412 slips. After the construction of the new docks, an additional 274 slips will be available in the 36-foot and larger size range.

“Approval of the LCP amendment will bring to nearly 2,000 the number of boat slips lost since our marina was developed with 6,200 boat slips,” said Marina del Rey Boat Owners Association president Andy Bessette. During the hearing, Bessette argued that the slip losses were being driven by the desire to get rid of excess boater parking, freeing up waterside land space to be utilized for commercial projects.

During the hearing, other members of the public mentioned the unusually high vacancy rates listed at the marinas marked for redevelopment, which the Department of Beaches and Harbors cited as a sign of excess in smaller boat slips not being utilized in the harbor.

Boaters argued that the dilapidated state of the docks, along with the steady increase in slip rates, was pushed forward to raise vacancy rates — in an effort to move toward dock redevelopment and larger slips.

“The maintenance of the docks is the lessee’s responsibility,” said Marina del Rey resident Thomas Ohliger. “The neglect of these docks, along with the major hikes in slip fees throughout the years, has helped create the high vacancy rates that are now being used to justify the reductions of small boat slips and parking spaces.”

The approval of a reduction in boat slips comes as a direct reversal of the Coastal Commission’s action in January 2008, when commissioners added an amendment during Marina del Rey’s LCP Periodic Review that stipulated there must be no more slip reductions for boats smaller than 35 feet.

Despite claims that the Los Angeles County Department of Beaches and Harbors did not listen to public concerns regarding the marina redevelopment plans, nearly 80 public meetings were held since the January 2008 Coastal Commission hearing, and Beaches and Harbors director Santos Kreimann said public input has been vital to the process.

“What we have here today is significantly different than where we were in 2008,” Kreimann said. “We followed that mandate, and Supervisor (Don) Knabe made that very clear to me, to listen to public input. We did listen — and when I came on board, I met with anybody that wanted to meet with me. We re-crafted this plan.”

Coastal commissioner William Burke commended the Department of Beaches and Harbors for its work over the past three years, and said the Marina del Rey project could set a precedent for future marina reconstruction projects along California’s coast.

“The whole state of California’s marinas are about the same age, so they’re all going to be coming to this commission over the next decade for repair and replacement of the docks,” Burke said. “I just hope that we have the same kind of cooperation with their departments of beaches and harbors that we’ve had with Los Angeles County.”

Despite the acceptance of public input through the process, the Coastal Commission ignored letters sent from Marina del Rey residents, including Los Angeles City Councilman Bill Rosendahl, which called for a delay of the hearing until the January Coastal Commission meeting, which is scheduled to be held in Long Beach.

“The remote location for this hearing has left many Marina del Rey residents opposed to this development severely underrepresented, and this process should be continued to the January meeting,” Ohliger said.

During the meeting, Commissioner Esther Sanchez — who cast the lone dissenting vote — made clear that future redevelopment and dock reconstruction plans at Marina del Rey’s other 13 anchorages must abide by the slip percentages utilized as the guideline for the current development.