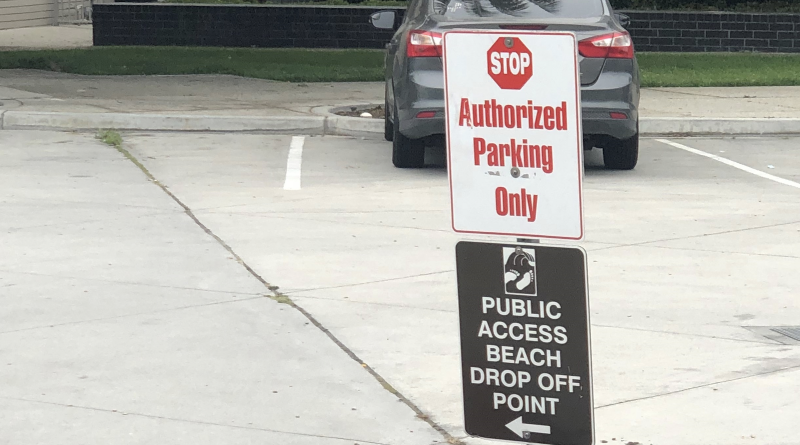 The amended Coastal Development Permit allows for the continuation of shared use of the visitor dock between the public and emergency vessels, a change in dinghy dock tie up hours, installation of safety gates, and calls for the addition of two beach wheelchairs.

NEWPORT BEACH— After a lengthy discussion about the Americans with Disabilities Act access and parking at its June 9 meeting, the California Coastal Commission approved an application from Orange County Parks to make changes to the visitor dock, slips, beach, and parking area at 1901 Bayside Drive in Corona del Mar and added an additional requirement to allocate 10 more public parking spaces. The Commission also requested Orange County come back within 90 days with a feasibility study for installing a boat access lift for those with mobility challenges at the location with the expectation that if feasible, the county would submit another amendment application for the project.

The approved Coastal Development Permit amendment will allow for the boating public’s continued shared use of the visitor dock with emergency use vessels; change the maximum length of the dinghy dock tie up hours from 72 to 24; install wayfinding signage in the parking lot and dock facilities; install two safety gates and fencing; install a kayak storage rack and canoe storage rack on the beach; and designate eight Orange County Sheriff’s Harbor Patrol parking spaces for public use on the weekends.

The amendment was submitted to the Coastal Commission to resolve several public access violations issued in 2019, including the posting of “Keep Out” signage at the visitor dock, and comes after two years of demands for changes from the public and Orange County Coastkeeper.

“I think there’s been a lot of benefits from this process and we look forward to seeing the changes and greater public access to that area,” said Gary Brown, founder and president of Orange County Coastkeeper.

OC Parks had originally submitted an amendment application that would have restricted the use of the visitor dock to emergency use only and replaced an ADA compliant concrete path with a rollout beach mat. After significant public opposition, OC Parks modified the application.

“While I’m happy, I’m cautiously optimistic that we’re making progress,” said Penny Elia, who has been outspoken about concerns of public and ADA access at the location.

“The outcome of this two, two-and-a-half-year process has probably been far better and more beneficial to the public and to boat owners than we even expected,” said Brown.

Elia and others members of the public have pushed for OC Parks to also install an ADA boatlift to allow those with mobility restrictions access to the water. OC Parks officials said they have started looking into it but said they did not include it in this CDP amendment because they did not yet have any specifications for what would be required.

The county is expected to come back to the Commission in the coming months with a feasibility study for the boatlift.

Increasing parking and ADA access were also of concern of many of the commissioners.

“I just think there needs to be more parking especially if this becomes a meaningful ADA site for the public who are disabled to access the bay,” said Commission Vice Chair Donne Brownsey at the meeting.

Brownsey made a motion to add an additional requirement to allocate 10 additional public parking spaces, some of which will be designated as ADA after the county comes back with the boatlift feasibility study.

Brown praised the actions of the Commission.

“The Coastal Commission is demonstrating their commitment to ensuring public access,” said Brown.

Elia said while she is happy with what she heard the public was going to get, she was concerned the additional items discussed by the Commission, including the additional parking spaces and boatlift/ADA study, were not in writing.

She said she still also had concerns about homeowner encroachments on the public beach which were not addressed, if the ADA study would be done by a third-party, the accessibility of the ADA compliant concrete pathway and whether there will be ADA van accessible parking near the dock with the boatlift.