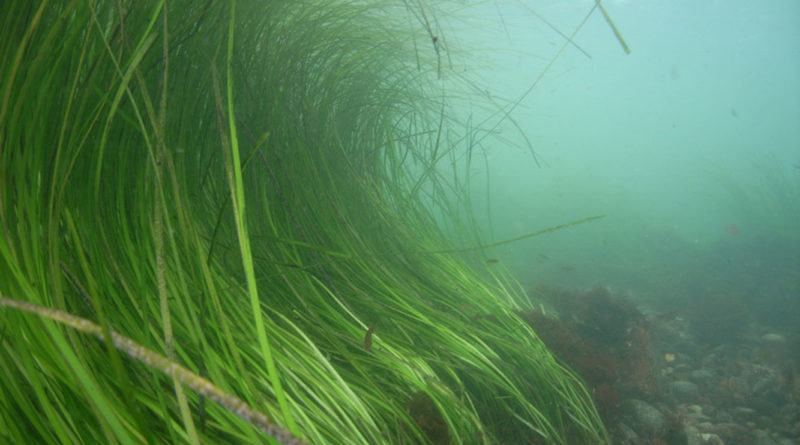 NEWPORT BEACH — The California Coastal Commission departed from its practice of adopting eelgrass mitigation plans on a case-by-case or individual basis and gave Newport Beach the thumbs up to conduct a holistic dredging and beach replenishment program during its monthly meeting, June 11. Accordingly, Newport Beach will be the first city to manage a regional eelgrass plan for the next six years.

“It’s a breakthrough program, hopefully, which will ultimately allow eelgrass and fish and boaters and the marina and the homeowners to learn to live in peace,” Commissioner Mary Shallenberger said.

According to Coastal Commission staff, dredging would be allowed from the bulkhead of a dock to the pier head line, plus 20 feet bayward and at depths up to 10 feet. Suitable dredged material would replenish nearby beaches and street ends throughout the bay; unsuitable dredged material would be disposed of at a designated ocean site about 4 miles southwest of Newport Bay.

“The proposed plan allows for more dredging than the plan which has been in place since 1999,” Coastal Program Analyst Zach Rehm said. “It would permit temporary impacts to eelgrass within Newport Bay. Those impacts would be subject to an eelgrass protection and mitigation plan [created by the city of Newport Beach].”

Newport Beach has funded studies to document and better understand the abundance and distribution of eelgrass in the city’s harbor since 2003.

“We recognize this is a hugely important asset for the people of the state of California,” said Don Schmitz of Schmitz and Associates, a planning and land use firm. “[Eelgrass] is not an endangered species but it’s an important resource because it provides habitat for the fish”

Schmitz added an eelgrass plan is necessary because Newport Bay is silting up and local dock and pier owners do not have the resources to dredge accumulating sediment.

“[The plan] is truly … a more scientific-based approach. There has been a lot of interest expressed by other communities and harbors,” Schmitz said. “It is a better thing for the environment. It’s a holistic, more comprehensive holistic understanding.

Nancy Gardner, a former Newport Beach council member who was involved with the city’s eelgrass plan since its infancy, urged the Coastal Commission to finally green light RGP 54.

“This is a good plan. It really balances the harbor needs with the environmental needs,” Gardner said. “I think we can turn boaters, who currently look at eelgrass as the nemesis of their lives because they can’t dredge … and turn them into friends of eelgrass.”

Newport Beach resident Seymour Beek said there is plenty of eelgrass in the bay and the proposed plan does enough to protect the underwater plant. He told commissioners eelgrass disappeared from Newport Bay in the 1980s but, by the early 2000s, proliferated across the harbor floor. Today, Beek estimates eelgrass occupies hundreds of thousands of square feet within Newport Bay.

“It doesn’t require a lot of protection. It’s going to be okay. We don’t need to go any farther. This mitigation plan does everything you need to do to avoid worrying about eelgrass,” Beek said. “It’s going to be well taken care of under this plan.”

Newport Beach has permitted small dredging and dock maintenance projects via RGP 54 since the 1980s, though city officials claimed the permit became more limiting over time.

“The [regional eelgrass mitigation] plan will serve the principal goals of protecting and promoting a long-term sustainable eelgrass population while serving Lower Newport Bay’s navigational and recreational beneficial uses,” city staff stated in a report to the Coastal Commission.

City and state officials will review the regional plan at the end of the trial period to determine its impacts and whether similar programs could be instituted elsewhere or if the Coastal Commission should resume reviewing eelgrass plans on a case-by-case basis.