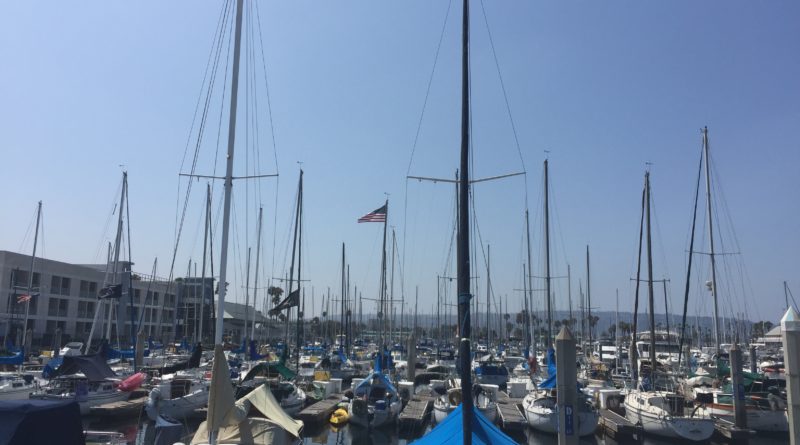 Removal of piles from waterfront building needs more vetting, according to state agency.

SAN DIEGO — Plans to reinforce a waterfront overhang at Redondo Beach’s King Harbor might have to go back to the drawing board. The California Coastal Commission postponed a planned discussion on a piles replacement project at King Harbor, Oct. 10. Coastal Commission staff originally rejected a denial of the project applicant’s request to move forward, stating plans were not consistent with the certified Local Coastal Program (LCP).

The applicant sought to remove five existing dock guide piles to support and reinforce a cantilevered portion of an existing 49-unit apartment building at King Harbor. A public walkway exists under the overhang.

“The improvements to the dock system would enhance public access and would develop new coastal-dependent uses seaward of the project site. These elements are consistent with the Coastal Act and the certified [LCP] however, these elements of the project do not require the proposed fill for the apartment building foundational support,” Coastal Commission staff stated in a report to commissioners. “While the project would enhance public access and coastal dependent uses, the overall proposed project is inconsistent with the Coastal Act and the LCP.”

Coastal Commission staff stated the proposed project is a “significant expansion” of waterfront land use.

“In this case, the addition of 16 new piles would more than double the number of support piles and result in a substantial expansion of the structure’s foundation system. Therefore, the proposed development is not allowed repair and maintenance, and is not consistent with the marine resource protection policies of the Coastal Act,” Coastal Commission staff stated in its report.

The project applicant was asked to provide alternative plans.

“The alternatives provided by the applicant would result in more fill than what is currently proposed, or would require a significant remodel, such as removing the portion of the building overhanging the water, that is not proposed at this time,” Coastal Commission staff stated.

Coastal Commission staff added the waterfront apartment building is not located on tidelands but any work would take place in submerged lands.

There are 23 slips nearby, according to Coastal Commission staff; all 23 slips would be replaced.

“The project includes demolition of the existing boat slips and reconstruction of the slips, with no loss to the number of slips, and installation of a 1,000-square-foot public dock area in the marina, immediately seaward of the apartment building, and allows for temporary dinghy or small craft docking and a launch point for hand-powered small crafts.”

The developer originally initiated this proposed project in 2013; its Coastal Commission application had been incomplete for three years, with the applicant withdrawing the application altogether in 2016.