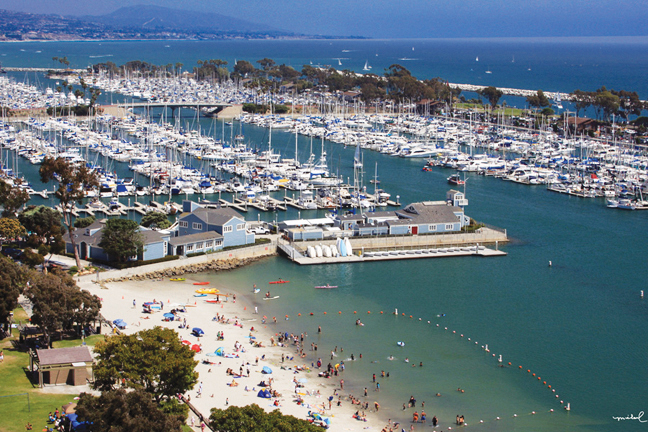 SANTA MONICA — It is too early to tell if 2015 is finally the year we start to see some significant progress with the Dana Point Harbor Revitalization Plan, but the California Coastal Commission’s unanimous denial of an appeal filed by boating and business interests against the most recent conceptual iteration of the project is not the first step in realizing a new waterfront that was first envisioned nearly 18 years ago.

The Coastal Commission voted not to support the appeal at its Jan. 8 meeting in Santa Monica, claiming “no substantial issue” existed in the plans.

“The project, as approved by the city of Dana Point, does provide for continued rental of jet skis, kayaks and other personal watercraft during construction [and] provides adequate land area for the required 493 dry boat storage spaces within Planning Area 1,” a Coastal Commission report stated. “An accurate baseline analysis has been conducted as a basis of the required Parking Management Plan, which supports recreational boating resources, and buildings have been designed to be consistent with the community character and have been designed to provide and enhance coastal public views through scenic corridors.”

William Byrd of Capo Beach Watercraft filed the appeal with the Coastal Commission on Dec. 8, which was about three weeks after the Dana Point City Council approved the revitalization project.

In his appeal, Byrd contended the construction of a stack boat storage building would eliminate Capo Beach Waterfront and Embarcadero Marina Boat Rentals from their current locations, his customers would be denied public access to harbor waterways and the ocean, the coastal development permit (CDP) failed to conform with the Coastal Act’s policies and nine overnight wet slips for dry storage tenants would be removed.

Heyman’s appeal contended the revitalization plan proposed nonconforming building heights in the commercial core and the CDP had material errors and omissions. He also said the plans do not require properly protected dry boat storage spaces to be maintained within the harbor at all times.

“Although the extent and scope of the development approved are significant, there are no significant adverse impacts to the existing boating opportunities, including personal watercraft rentals, within the project area caused by the proposed Commercial Core project,” a Coastal Commission staff report stated. “Also, the extent and scope of the Commercial Core development are great in that the project represents a comprehensive reconstruction of a portion of the Dana Point Harbor over a 5-year period. However, the development as conditioned does not significantly adversely impact the public access or boating priority uses of the area.”

A factor in the Coastal Commission’s decision-making on any appeal is whether the issues raised impact local or state/regional interests.

Looking ahead, Dana Point and Orange County officials still must move beyond conceptual ideas and begin the process of developing and approving actual plans. Such plans also require Coastal Commission approval. Just the same, the various boating and business interests at Dana Point Harbor could appeal any and all future plans.