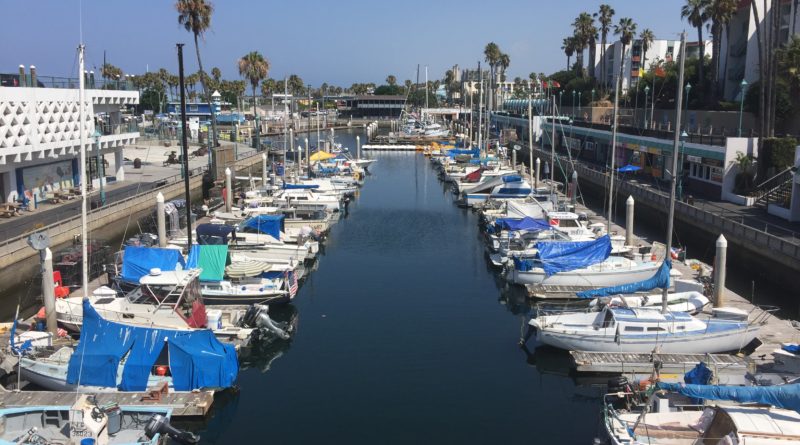 Quasi-judicial agency could provide direction on controversial redevelopment of King Harbor in August.

REDONDO BEACH — The ongoing battle between the city of Redondo Beach and CenterCal Properties was met with a standing-room-only audience, as both entities were present at the latest California Coastal Commission meetings for an informational presentation and hearing on The Waterfront project.

Commissioners held the informational hearing on April 12 as a prelude for what could be a decisive discussion in August, when the Coastal Commission is expected to review the Waterfront project in more detail.

Coastal Commission staff, in the meantime, updated commissioners on the current state of the proposed revitalization of King Harbor during its April meeting, which, coincidentally, was held in Redondo Beach.

CenterCal proposed an ambitious $400 million revitalization of Redondo Beach’s aging waterfront, angling to bring new visitor-serving amenities to King Harbor. The project – like many other large-scale redevelopments – drew its fair share of local opponents. Some who actively opposed the project – dubbed “The Waterfront” by CenterCal – stated it was essentially a super-sized mall on the water.

The spotlight has since been on Measure C, which was the subject of state and federal lawsuit filings by both entities.

A report in the Daily Breeze, however, framed the ruling as giving the Coastal Commission final say over Measure C. At least one city council member shared this article with The Log as evidence of Chalfant ruling in favor of Redondo Beach

“So in the end, Measure C could very well be applied to the project. And in the end, the Coastal Commission is within its powers to define a project that would conform with Measure C,” Light stated.

Commissioners were provided with an update of the project, including the redevelopment’s overall plans.

“The proposal for the Waterfront Development project is a significant redevelopment of the Redondo Beach King Harbor, which would include demolition of the existing structures in the project site and construction of 19 new structures with three view corridors for retail, restaurant, creative office, cinema, a public market hall, and a 130 room boutique hotel, construct one new parking garage, reconstruct the existing pier parking structure [and construction of] a new two-lane road south of Harbor Dr., connecting Pacific Ave. to Torrance Blvd.,” commission staff stated in a report to commissioners.

“The development [in some instances] proposes to remove existing coastal dependent uses. For example, the project would remove the hand launch dock used for kayak and paddleboard launching,” Amber Dobson, a planner with the Coastal Commission, told commissioners. “Improvements to Basin 3 would remove one boat slip. Removal of the boat slips is inconsistent with the LCP.

“Overall the proposed project raises concerns regarding whether there would be an appropriate mix of visitor-serving uses and coastal dependent uses, which is also required by the LCP, and whether it appropriately reserves oceanfront land for high priority uses,” Dobson continued.

Redondo Beach City Manager Joe Hoefgen, who spoke to commissioners on behalf of the Los Angeles suburb, acknowledged the King Harbor area is in need of revitalization.

“It’s well documented that much of the waterfront infrastructure has reached the end of its useful life and is in need of significant repairs or replacement,” Hoefgen said. “If The Waterfront project is not constructed, the city will need to spend additional funds to address the failing condition of existing commercial buildings, which is estimated to cost another $30 million to $50 million.”

Hoefgen acknowledged The Waterfront project would absorb many of the high-cost items – such as parking structure and infrastructure improvements – needing immediate attention.

City officials also discussed issues with The Waterfront’s project intensity, scale and compatibility, as well as with plans to build a new public boat launch ramp.

Several people spoke to the commission about the project throughout the prolonged public hearing, which started in mid-afternoon and continued into the evening.

“This project should be rejected by the commission. Unfortunately, it’s a do-over,” Brand said. “This turned into a monster. There [are] way too many violations of The Coastal Act, as well as our Local Coastal Program.”

Commissioners and commission staff took the hours of public commentary into consideration and will continue to accept input from concerned parties during the next few months.