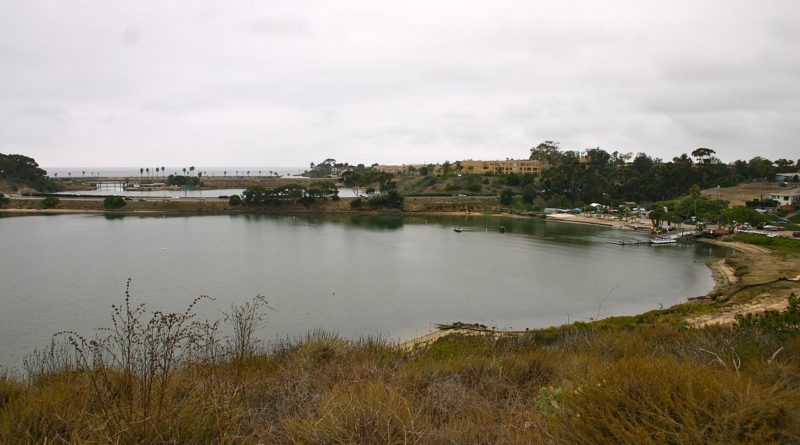 Carlsbad Aquafarms will continue its cultivation and nursery operation at Agua Hediodonda Lagoon.

LOS ANGELES—A company cultivating Mediterranean mussels and Pacific oysters at an aquaculture farm in Carlsbad finally has a coastal development permit, or CDP, after nearly 30 years of operations.

Carlsbad Aquafarms, which operated a shellfish aquaculture farms at Agua Hedionda Lagoon in Carlsbad since 1990, earned its CDP from the California Coastal Commission on March 7. Agua Hedionda Lagoon also hosts several recreational activities, such as kayaking and standup paddleboarding.

The farm fettered 75 longlines within the lagoon to cultivate Mediterranean mussels and Pacific oysters.

Reported violations included the installation and use of shellfish aquaculture longlines, as well as construction and operation of offices, a shellfish nursery, marine algae laboratory, depuration systems, and shellfish processing and packing facilities.

Carlsbad Aquafarms prepared and submitted its CDP application in response to the violations, which was noticed by Coastal Commission enforcement staff.

The CDP addresses issues potentially raised by the California Coastal Act, such as local habitats and marine wildlife.

Coastal Commission staff specifically stated the aquaculture operation could have several adversely affects, such as:

– Disturbance or damage to eelgrass

– Disturbance or alteration of seafloor habitats

– And, degradation of water quality.

The CDP does come with specific instructions of what Carlsbad Aquafarms must do to discharge of its materials.

“[Carlsbad Aquafarms] shall not intentionally dispose of or release any equipment or waste, including lines, buoys, cultivation trays, and other equipment, or living or dead shellfish, shells, or non-native fouling organisms into the marine environment,” Coastal Commission staff stated in its report to commissioners.

“If invasive fouling organisms are present on the cultivation equipment, all maintenance cleaning operations of the cultivation rafts, including its buoys, ropes, lines, cables, and anchors, shall be carried out onshore and in a contained manner sufficient to capture all dislodged biological materials,” the Coastal Commission staff report continued. “All non-native fouling organisms and biological materials from nonnative organisms removed during these cleaning operations shall be collected and disposed at an appropriate upland facility.”

Agua Hedionda Lagoon was created in the 1950s as part of the development of a local power plant. The lagoon’s history in aquaculture research and commercial shellfish cultivation also goes back several decades, according to Coastal Commission staff.

“An onshore laboratory was developed along the shoreline of Agua Hedionda Lagoon … in the mid- to late-1970s by a group of researchers associated with San Diego State University,” Coastal Commission staff stated. “At the time, this land was owned by the operator of the nearby Encina Power Plant, and leased to the aquaculture researchers. Commission staff has been unable to find a CDP for the construction and use of this laboratory.

“Reports from that time period indicate that the facility was primarily focused on the use of heated water from the power plant’s discharge stream to aid in the cultivation of spiny lobster within onshore tanks,” Coastal Commission staff continued.

The Coastal Commission met on March 6, 7 and 8 at the California African American Museum in Los Angeles.