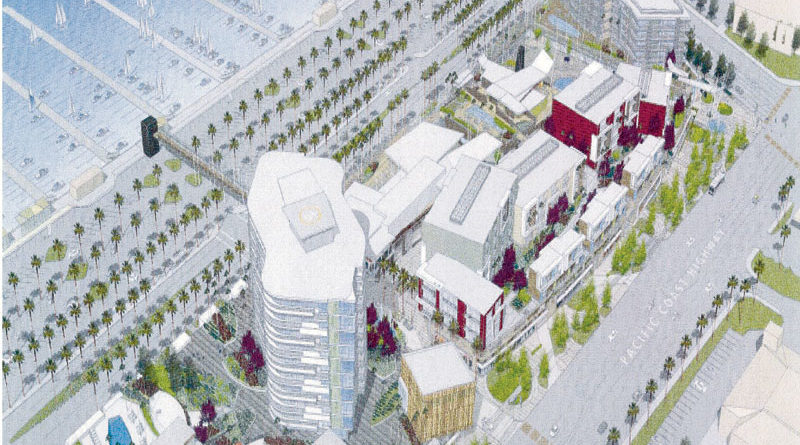 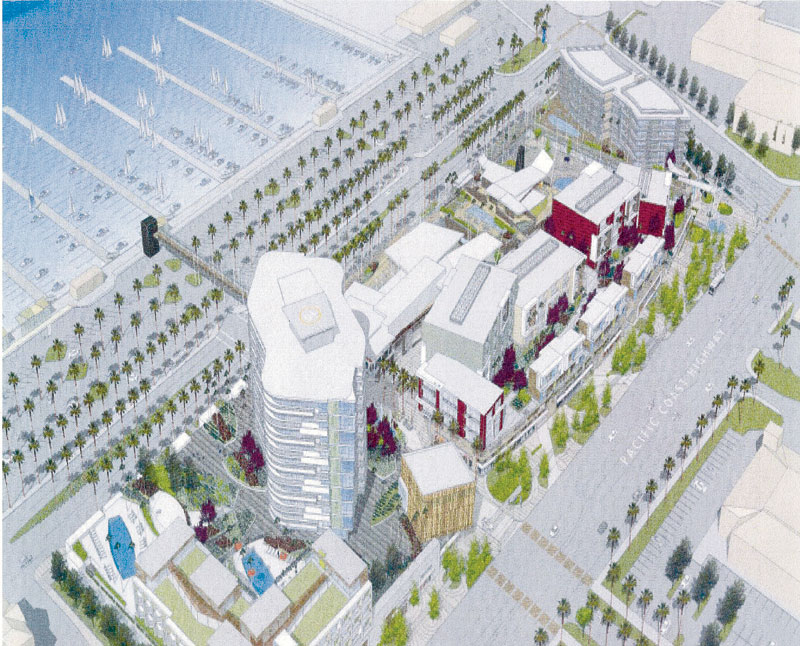 LONG BEACH — After nearly six hours of discussion and public testimony, a coastal development project four years in the making was essentially ended at the Long Beach City Council’s Dec. 20 meeting, as members rejected major zoning changes that would have been needed to move forward.

The proposed $320 million project planned at Second Street and Pacific Coast Highway along Alamitos Bay would have replaced the aging two-story Seaport Marina Hotel with a retail, hotel and residential complex that was to include a 12-story hotel tower.

“My main concern remains the height: I don’t want to be creating a second downtown,” said Councilman Patrick O’Donnell.             Councilman Gary DeLong spoke in support of the project and noted it was one of the toughest decisions he has had to make in his time on the council.

“I agree that something must be done here,” DeLong said. “I don’t like tall buildings. If I owned the land, I would do a different project, but I don’t own the land.”

More than 60 members of the public spoke for and against the project presented to the city council after the Planning Commission had approved it earlier this year. The project, known as Second+PCH, had been appealed to the council by four different groups — including the Los Cerritos Wetlands Land Trust and the local community group Our Town-Long Beach.

The council’s 3-5 vote went against the staff’s recommendations to reject the appeals and approve the project with conditions. Ultimately, that meant the project as currently configured cannot move forward to the Coastal Commission for environmental review.

Concerns raised by local residents and environmental groups about the project included increased traffic, increased density in the area, damage to nearby wetlands areas and loss of views.

The property is under the jurisdiction of the Southeast Area Development and Improvement Plan (SEADIP), which limits the allowable development in a coastal area of Long Beach.

The height restriction noted in SEADIP is three stories, which meant the plan including the hotel tower required an amendment. California Coastal Commission staff members sent a letter to Long Beach City Council members, urging the city to develop an updated coastal development plan before submitting the project.

Second+PCH developer David Malmuth and proponents of the project were hoping the plan could be pushed through prior to creating a comprehensive plan for the area, which could be both costly and time-consuming.

Los Cerritos Wetlands Land Trust spokesman and former Coastal Commission chairman Mel Nutter spoke during the meeting, noting that the project as presented would probably not make it past the Coastal Commission regardless of the outcome of the city council’s decision.

“When the Coastal Commission believes — as is likely in this case — that the changes that are necessary to make a project consistent with the California Coastal Act would be so massive as to in effect generate a proposed new project, they are very unlikely to suggest modifications,” Nutter said. “If you approve all of the resolutions today, you might unfortunately be driving this applicant and project right over a legal cliff.”

The decision means the aging Seaport Marina Hotel will remain as it is on the current property until another plan is brought forward.

Following the new project’s rejection, city council members voted to look at ways to fund and create a comprehensive update of the decades-old SEADIP plan.