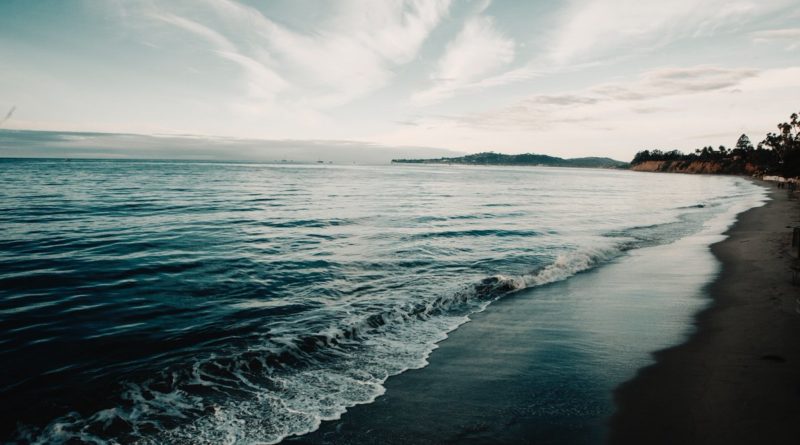 SACRAMENTO—State legislators are back in session after their summer break and putting the final touches on legislation before voting on them and potentially sending those proposals to Gov. Gavin Newsom for signature or veto. One of those proposals is Assembly Bill 552 (AB 552), which would authorize the state to spend money on implementation of sea level rise and coastal climate change programs.

AB 552 was amended in a State Senate committee on Aug. 12; the bill was then re-referred to the upper house’s Appropriations Committee. A scheduled hearing on Aug. 7 was postponed to allow for the amendments.

“This bill would establish a program and direct specified revenues to it for the purpose of funding certain scientifically-sound activities in order to help the state address coastal climate adaptation and resiliency,” a legislative analysis of AB 552 stated.

The program – Coastal, Adaptation, Access, and Resilience Program – would direct public funding to activities intending to help state officials prepare, plan and implement actions to address and adapt to sea level rise and coastal climate change, according to a legislative analysis of AB 552.

Funding would be directed to agencies such as the California Coastal Commission, California Natural Resources Agency, California State Parks, Coastal Conservancy, Ocean Protection Council and the State Lands Commission. These agencies, according to a legislative analysis of AB 552, would receive funding “to take actions, based upon the best scientific information, that meet the program’s objectives.”

At least 30 percent of funding allocated to the State Lands Commission, beginning in Fiscal Year 2020-2021, would be available to the agency to use for the preparation and adaption program created by AB 552 (should it become law).

Assemblymember Mark Stone introduced AB 552 earlier this year and is a descendant of the California Global Warming Solutions Act of 2006. The Global Warming Solution Act was passed and signed into law to urge policymakers to develop and implement programs to address climate change events, such as sea level rise and coastal flooding.

Stone, in advocating for the creation of a sea level rise and coastal climate change adaption program, said inaction could cost the state of California millions of dollars.

“According to California’s 4th Climate Assessment, without adaptation measures, a 4.6 foot increase in sea level would lead to an estimated $48 billion in coastal property damages in the state,” Stone said in a statement. “AB 552 establishes the Coastal Adaptation, Access, and Resilience Program (CAARP) to support coastal protection and climate resilience measures. The measure requires that at least 30 percent of the state’s annual Tidelands Oil Revenues are directed into the CAARP fund starting in fiscal year 2020-21.

“When it comes to adaptation and resilience measures, the cost of inaction is far greater than the cost of early investment,” Stone continued.

An analysis of AB 552 also acknowledged more information is needed on costs and risks associated with action versus inaction on possible climate change events.

“The Fourth Assessment provided an ‘order of magnitude’ estimate of annual costs of [more than] $100 billion annually by 2050, and cautioned about the underlying uncertainty in its result,” a June analysis of SB 552 stated. “One of the challenges in performing the economic projections is accounting for the costs of extreme events that may occur with increasing likelihood. Models need considerable improvement to quantify the risk appropriately.

“Gaining a better handle on direct costs does not necessarily mean that indirect costs – such as a major utility declaring bankruptcy due to a wildfire – will be appropriately estimated,” the June analysis of AB 552 continued.

Audobon California was a sponsor of AB 552; other groups expressing support for the bill included California Coastal Commission, California State Parks Foundation, the city of Long Beach and Sierra Club California. No formal opposition to the bill was found on record.