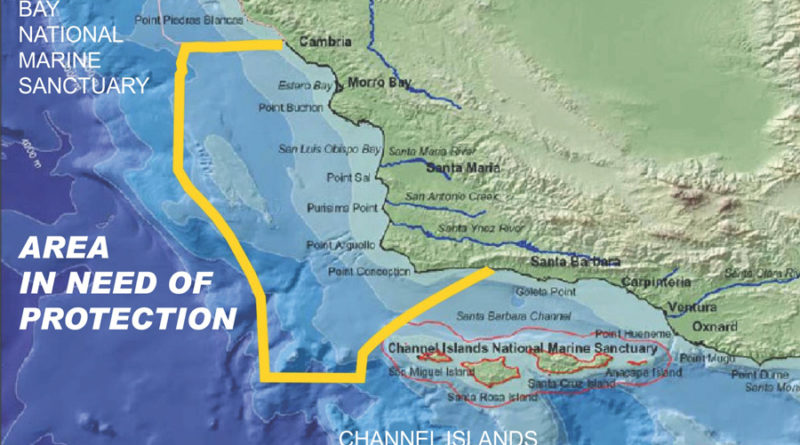 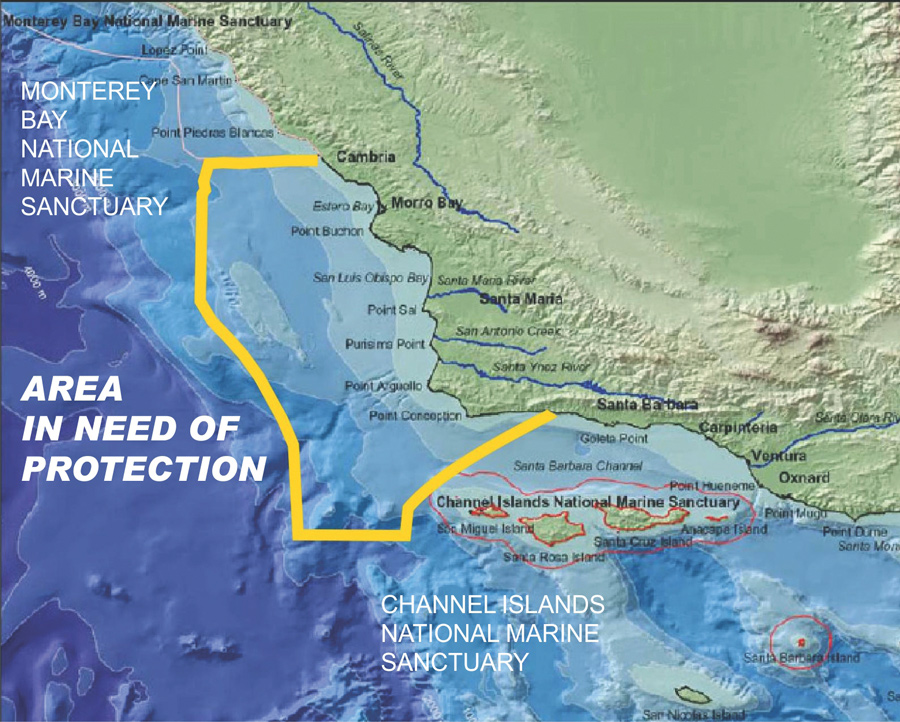 Another segment of the California coast could soon be federally protected waters, as the Northern Chumash Tribal Council nominated a stretch of Pacific Ocean between Santa Barbara and San Luis Obispo to be declared a National Marine Sanctuary.

The tribal council submitted paperwork to the National Oceanic and Atmospheric Administration (NOAA) Feb. 2. It is reportedly the first-ever public nomination for a stretch of California coast to be designated a marine sanctuary.

“The unique coastline and ocean waters are the most beautiful in the world to the First Peoples and the communities that live along this ecologically rich, biologically diverse healthy coastline,” the tribal council stated in its nomination papers.

The Northern Chumash Tribal Council stated the intent of its request is to protect the stretch of the central coast from fracking and oil extraction.

“The Chumash Heritage National Marine Sanctuary will protect the historical and cultural heritage of the Chumash people from any future proposed oil and gas drilling or exploration, seismic surveys and other disturbances of the sea floor and habitat. The sanctuary would promote, support and coordinate scientific research and monitoring of coastal resources,” the nomination papers stated. “The sanctuary will protect an abundantly rich and diverse marine ecosystem that is a nursery and home for many fish and marine mammal species, and a migration lane for seven species of whales and six types of dolphins and porpoises, a diverse fishery, and many more seals, otters and marine wildlife.”

There are currently four National Marine Sanctuaries in California, including three along the central coast and San Francisco Bay Area.

It is unclear, however, whether approval of the tribal council’s nomination of the Chumash Heritage National Marine Sanctuary would prohibit recreational fishing along a stretch of the California coast between Channel Islands and Sonoma County.

“We know that a sanctuary designation has not and will not interfere with the pursuit of our sport,” Pavacich said. “With the Channel Islands National Marine Sanctuary to the south, we need protections for the irreplaceable resources that lie between the two sanctuaries.”

However, some anglers say if the nominated sanctuary becomes reality, it would be bad news for recreational fishing.

Several recreational fishers in the Facebook group “805 Anglers” believe the proposed sanctuary would mean a section of the California coastline would be closed off to anglers and result in a loss of fishing-related jobs in San Luis Obispo and Santa Barbara counties.

“This closure has not been carefully thought through or observed closely enough for it to go in effect,” Colin Michaelson, who fishes along the Central California coast, said. “This closure would also bring the San Luis [Obispo] and Morro Bay fishing industries to a complete stop. I don’t think one specific group of people should be able to control the livelihood of others, and that’s what the Chumash are attempting to do.”

He added if the Chumash Heritage National Marine Sanctuary becomes a reality, it could force recreational anglers and boaters into rougher waters between Point Conception and Point Sal.

“Going around Point Purisma is one of the most dangerous and treacherous stretches of ocean that exists off the California coast, so there is not a whole lot of commercial fishing,” Michaelson said. “When sportboats do go in, it’s on a calm flat day. Otherwise, there are 20-foot rogue waves that come up at about the 215’ mark offshore … and have wiped out several boats in the past.”

Interestingly enough, the NOAA’s website has a page dedicated to recreational fishing in National Marine Sanctuaries and hailed the activity as a “fundamental American value.”

The NOAA still has to determine whether the Chumash Heritage National Marine Sanctuary meets its criteria for protection. If the criteria are met, the second phase of the nomination period, which would include a few rounds of public input, could take up to four years to complete.

Public nominations of National Marine Sanctuaries were not allowed until 2014, after the NOAA received more than 18,000 public comments on the issue.

“National marine sanctuary designation today represents empowerment of local stakeholders in the management of the offshore environments they cherish and depend on,” Shiva Polefka, research associate for ocean policy at the Center for American Progress, wrote in a recent column.

According to the NOAA, the Florida Keys National Marine Sanctuary helped anglers in Key West increase their total annual catch from $40 million in 2001 to $56 million in 2011, a 40 percent increase. The sanctuary included a no-fish zone to help restore grouper and snapper populations.

More information about the Northern Chumash Tribal Council’s nomination is available at nominate.noaa.gov/nominations/nomination_chumash_heritage.pdf.