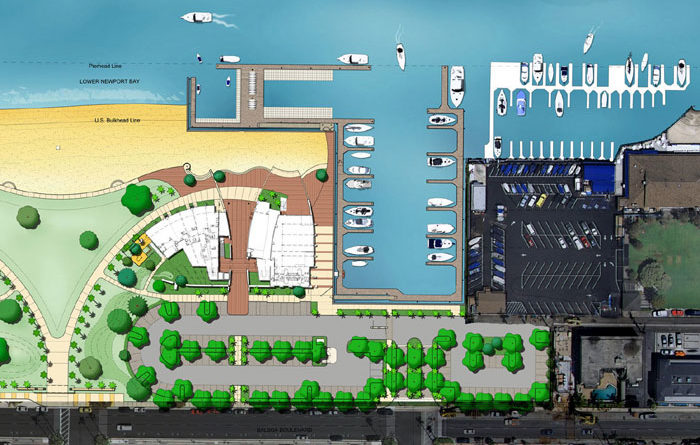 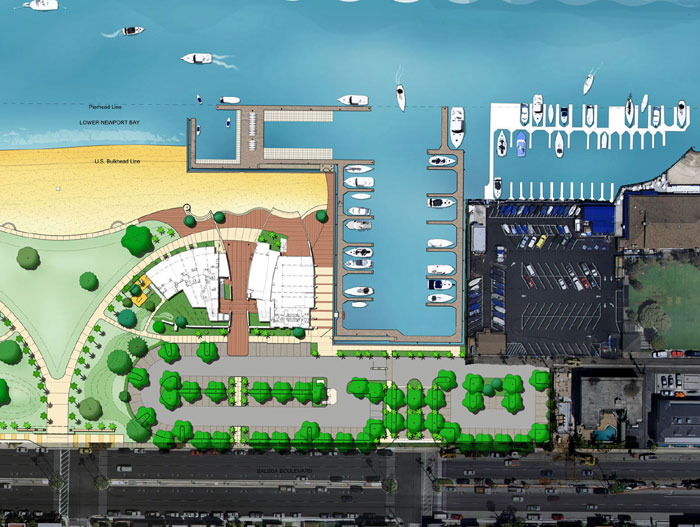 NEWPORT BEACH — The city of Newport Beach is just a few months away from breaking ground on Marina Park, a project that will redevelop 10 acres of public waterfront now occupied by a mobile home park, now that the city has a Coastal Development Permit in hand.

According to city staff, the permit was received from the California Coastal Commission on Aug. 16. The permit clears the way for the city to begin construction on the long-awaited bayfront park.

“Very few, if any, California coastal cities have the opportunity to turn coveted waterfront property into a public park,” said Newport Beach City Council member Mike Henn, in a prepared statement. “We are already looking forward to seeing Newport Beach residents and visitors — whether they come by land or sea — enjoying the space and its amenities.

“Our sincere thanks to the Coastal Commission and the many community members who championed the project and patiently awaited its fruition,” he added.

Designed by Rabbe/Herman, along with Bundy-Finkel Architects, the project has been on the city’s to-do list for years. The Marina Park project was approved by the Coastal Commission in June 2012. The commission was deadlocked on a motion to allow a planned community center’s faux lighthouse structure to exceed existing 35-foot height limits. The city later applied for an exception to the Land Use Plan — and earlier this year, the Coastal Commission approved the city’s request for an amendment to include a 71-foot faux lighthouse in the Marina Park project.

“This space will be used and treasured by Balboa Peninsula families, the Girl Scouts and visitors for generations,” said Newport Beach Mayor Keith Curry.

While the accelerated development timeframe was applauded by many, it means approximately 52 residents of a mobile home park currently situated on the property will be required to move sooner than anticipated.

“As we’ve moved through the planning and permitting process during the past 11 years, we’ve remained in communication with the property manager and the residents’ legal representative,” explained City Manager Dave Kiff. “We made sure they knew that the Coastal Commission approved the project last summer and that the permit was pending. Those relationships have been important to us, and we appreciate the good communication they’ve shared over the years.”

As part of a 2007 settlement agreement, the city purchased the residents’ mobile homes for $35,000 each and lowered the rent for the remainder of their stay on the property. Residents will receive a 90-day notice that they must vacate the property and will have an option to repurchase and relocate their mobile homes.

By December, any remaining mobile homes and other structures will be removed to prepare the site for park construction, according to the city.

The cost is estimated at $21 million to $24 million. Construction is anticipated to take about 2.5 years.