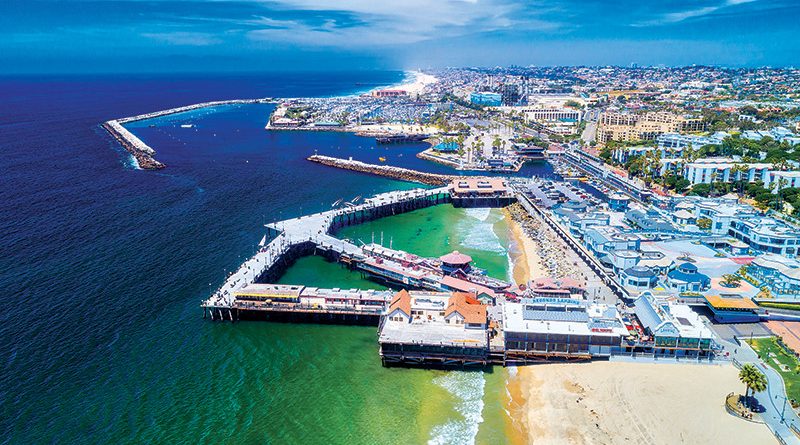 Staff expects to take the recommendation and contract to the City Council at their Aug. 10 or 17 meeting.

REDONDO BEACH一 Long-awaited plans to redevelop Redondo Beach’s King Harbor, which includes constructing a boat launch ramp, have moved yet another step forward. The Redondo Beach Harbor Commission announced at its July 12 meeting a selection committee has decided on awarding a contract to SWA, a consulting firm, to put together the public amenities plan for King Harbor.

The recommendation is expected to go before the City Council for final approval on Aug. 10 or 17.

A Request for Proposals for the public amenities plan was issued in mid-April with a deadline of May 24. The city received five responses from CMG Landscape Architecture/Moffat and Nichol, Groundworks Office/Anchor QEA, Hirsch & Associates/Anchor QEA, Moore Ruble Yudell/PSOMAS, and SWA/Anchor QEA.

A selection committee comprised of representatives from the Waterfront and Economic Development Department, Public Works, Community Development, and Harbor Commission Chair Jim Light reviewed the proposals and selected three teams to participate in oral interviews. Following the interviews, the selection committee unanimously selected the SWA team for recommendation to the City Council.

“They answered everything very well and very clearly and their oral presentation rose above everybody else we listened to, to me it was an obvious choice but it was also a consensus amongst everybody,” said Light at the Harbor Commission meeting.

Staff has initiated the contract of work negotiation process with SWA.

Funding for the contract was approved as part of the 2021-2022 Fiscal Year Budget approved by the City Council on June 22.

Stephen Proud, Redondo Beach Waterfront & Economic Development Director, said the proposal from SWA said they would adhere as closely as possible to the Harbor Commission’s recommended schedule, which is to complete the scope of work within six months with the last three months to include review by the Commission and City Council. The proposal also called out the Moonstone Park planning process as a separate scope of work that will move in a parallel path at the same time as the other scope of work.

The general scope of work includes reviewing existing Waterfront conditions and previous planning documents, technical studies, and design work related to the various public amenities located or proposed for King Harbor; preparing a framework plan that sets forth an overall site plan for the area that addresses which amenities should be rebuilt or renovated, where the amenities should be located, and what recreational and operational elements should be included in their design.

The public amenities plan will include ways to enhance the waterfront promenade connecting Mole C to the Horseshoe Pier and specifically, ways to improve the overall pedestrian experience along the International Boardwalk and reduce flooding that occurs along the boardwalk during high tides; the location and design of the public boat launch facility and required support parking; a plan for the future use, design, and layout of Seaside Lagoon; the location and programmatic elements of a replacement for Sportfishing Pier, if any; consideration of large public events that may take place within the plan footprint; the location and design of a dinghy dock to serve the harbor mooring field; upgrades to the city’s existing personal watercraft hand launching facility, including the consideration of a zero-depth launch option; and consideration of additional amenities, educational features, visitor attractions, and public art.